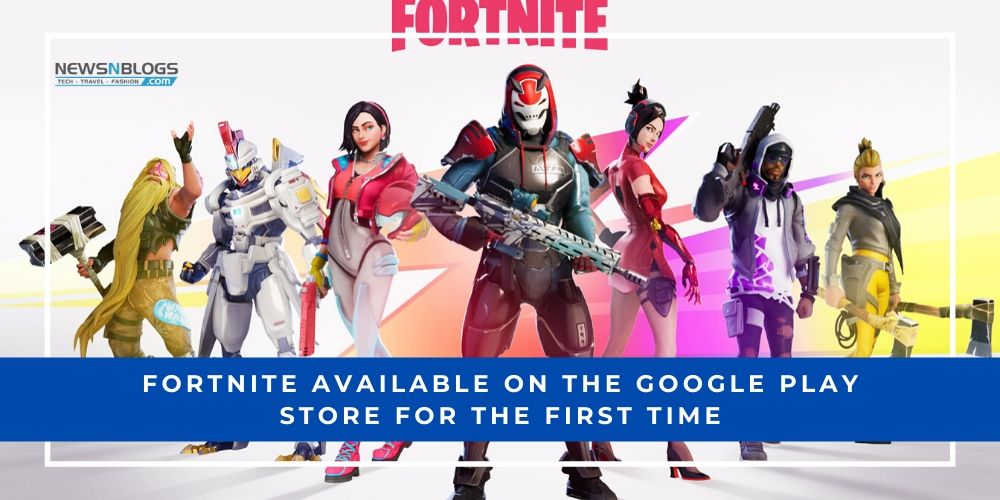 Epic Games says the reason is that Google is warning users about third-party software security issues that do not exist, while software outside the Play Store is considered malware.

Read Also: How to Download PUBG Mobile without the Internet?

“After operating Fortnite for Android sets outside of the Google Play Store for a year and a half, we have realized that Google has not done a fair job with software outside of Google Play,” said a statement issued by the company. It also uses technical and business initiatives such as frequent security pop-ups to alert users and compare third-party software sources to malware.

Epic Games has been trying for a long time to include Fortnite in the Google Play Store since its debut in Android in August 2018 and has been distributing it ever since. According to Nine to Five Google, Apex requests a special exemption with the request to make the game part of the Play Store so that the 30% payment principle can be bypassed.

Fortnite is a free game whose developers earn all the money by purchasing tools to play it. Google, on the other hand, said that Apple did not ask for such an exemption for Apple’s App Store where it was added last year and that it is paying a 30% fee. Now Epic Games has made Fortnite part of the Play Store on Google’s terms.

You can now download Fortnite for Android for free on the Google Play Store.

After 18 months of operating Fortnite on Android outside of the Google Play Store, we’ve come to a basic realization:

Google puts software downloadable outside of Google Play at a disadvantage, through technical and business measures such as scary, repetitive security pop-ups for downloaded and updated software, restrictive manufacturer and carrier agreements and dealings, Google public relations characterizing third party software sources as malware, and new efforts such as Google Play Protect to outright block software obtained outside the Google Play store.

Because of this, we’ve launched Fortnite for Android on the Google Play Store. We’ll continue to operate the Epic Games App and Fortnite outside of Google Play, too.

We hope that Google will revise its policies and business dealings in the near future, so that all developers are free to reach and engage in commerce with customers on Android and in the Play Store through open services, including payment services, that can compete on a level playing field.