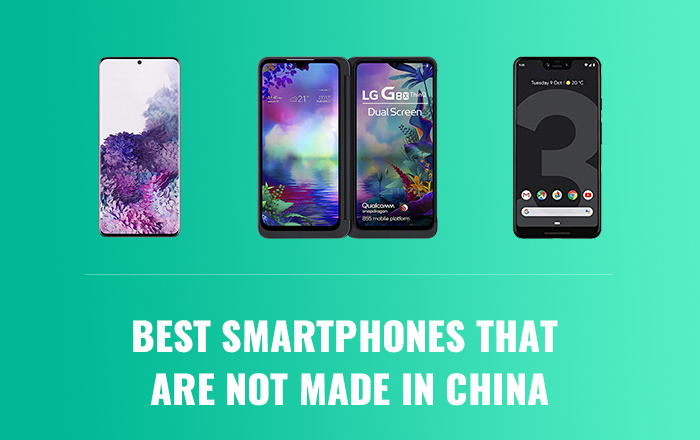 China might be the manufacturer of the Apple iPhone and many other popular smartphones but there are a lot of amazing smartphones that are not made in China. Countries like South Korea, Japan, Taiwan, and India made these smartphones and they are very popular. Here is some detailed information about other smartphones if you do not want to buy your phone manufactured in China. Most of these manufactured phones are usually available directly from carrier shops or the company stores. A lot of them can also be found on Amazon and secondhand cell phone repair shops as well. wearing on the basis of prices and functionality here are some of the amazing phones:

Moto G Stylus Is a phone with an amazing Android experience and has a well-built budget. It has a large capacity battery and an amazing lens with a Snapdragon 665 processor. It is less than 1/3 of the price of the Galaxy Note and you can also take notes with the stylus. This smartphone is specially designed for Motorola lovers.

The Galaxy Z flip has a 6.7 inches gorgeous AMOLED display. This phone is an expensive one but is made with the best technology it has a solid camera performance and a Snapdragon 855 with her 256GB of internal storage. 5G has not yet been introduced in this model but all other specs are solid.

ASUS released its first smartphone in late 2019. It is known as a gaming phone and has all the amazing specs that can support gaming. It has a 6.59 inches display and a 120 Hz rate. This smartphone is powered by a Snapdragon 855 Plus with 12GB of RAM and a leading 1TB internal storage capacity. It comes with a couple of rear cameras and has an amazing 24MP front-facing camera. The massive 6,000mAh battery keeps you gaming for hours without getting worried about the charging.

Read Also: How to Recycle an Old Smartphone

With all the innovations being made in the Galaxy fold by Samsung it is true that not everyone can afford a phone as expensive as $2000.00 for the stop the LG G8XThinQ has a dual-screen cover and it offers up a good experience to its users with a very low price than Apple or Samsung. They released it in 2019 and has some solid specs. This phone comes with dual stereo speakers and has a 32-bit quad DAC with a 3.5-millimeter headphone jack. It also has a Google Assistant button that can help you get things done quickly. You can also put in a micro SD card for saving a large number of things in it.

The phones that are manufactured by countries other than China are being promoted because everyone is doing their best. The LG stylo 5 is a phone dad comes, has an amazing price tag, and has a 6.2 inches display as well. It supports 3500 mAh battery and has a 13 megapixels rear camera with a 5 megapixels front camera. This phone has an amazing design and it focuses on the stylus. You can handwrite notes, draw, sketches, and color on your phone’s smart screen.

The LG V60 ThinQ 5G Is an amazing phone and has been launched on T-Mobile and Verizon as well. For now, it is only available in the US, but it is expected that it might appear on Amazon in the future. The focus of this device is to continue on video creation, and it comes with a triple rear camera system. It has an 8K video recording and four microphones in it. This device is powered by a massive 5000 mAh battery and a 1080P display. It is also shock-resistant and comes with a Gorilla Glass metal frame with an amazing 6.8 inches LED panel and Snapdragon 865 with 128GB of internal storage and 8 Gb of Ram. With the amazing price of $900, this phone is seriously the best out there.

Read More: 6 Reasons Why Your Phone Is Charging Slowly

All these phones should be bought as the other manufacturers need to be supported as much as any Chinese manufacturer. Let’s all support small businesses! 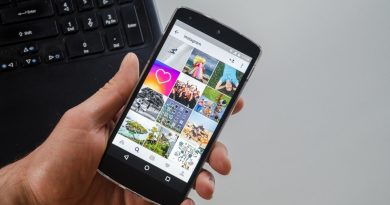 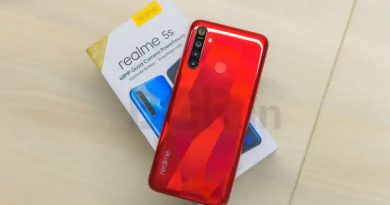 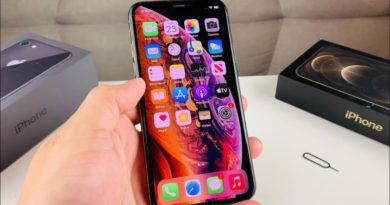 Things to Consider Before Selling Your Phone