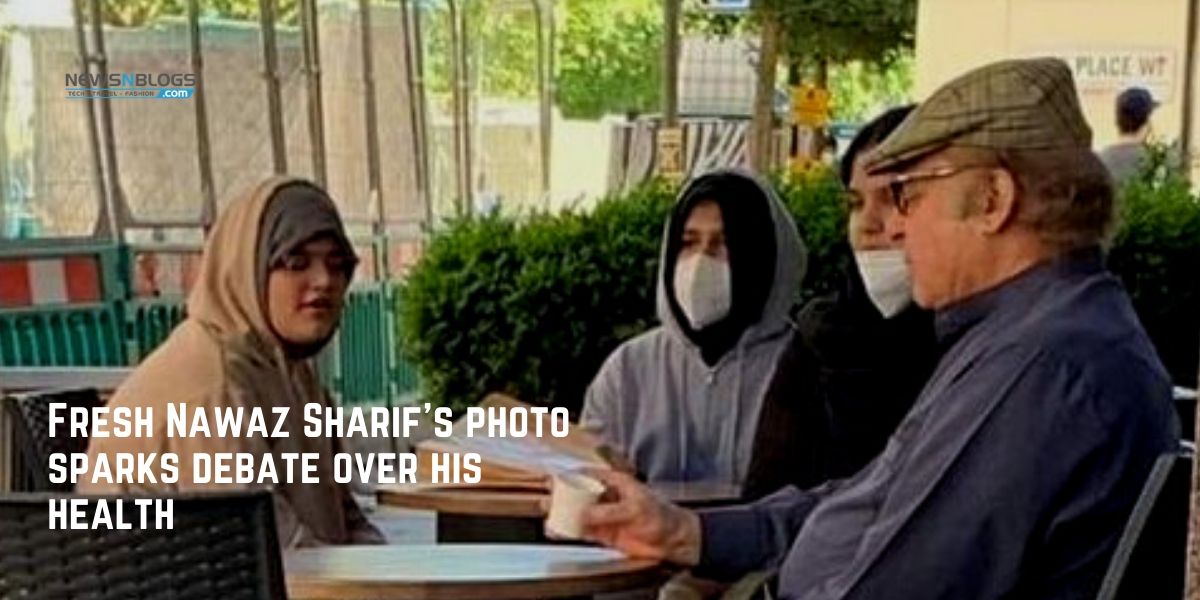 A leaked photo of former Prime Minister Nawaz Sharif in a London roadside cafe has once again sparked a debate over his health.

In the photo, Nawaz Sharif is sitting with his granddaughters at a roadside restaurant in a blue shalwar kameez, which sparked a debate after it went viral on social media.

In which his opponents were seen asking why he could not come to Pakistan if he could roam in London while his supporters were happy to see their leader in good health.

PML-N Information Secretary Maryam Aurangzeb told media that when Nawaz Sharif stopped at a cafe after a walk, a passerby took a picture of him and uploaded it on social media.

On the other hand, Maryam Nawaz said that “the purpose of the picture was to humiliate Nawaz Sharif but the opposite reaction came out and Mian Sahib and many supporters were happy to see him”.

“Opponents should learn from this and even when my mother was admitted to the ICU, such elements tried to take a picture of her,” she added.

At the same time, she said, “It is not difficult for such people to secretly paint a picture of Mian Sahib and his family’s wives. In another tweet, she also asked people to refrain from such acts.”

Read Also: Treatments of Extreme Disease is Continue in London