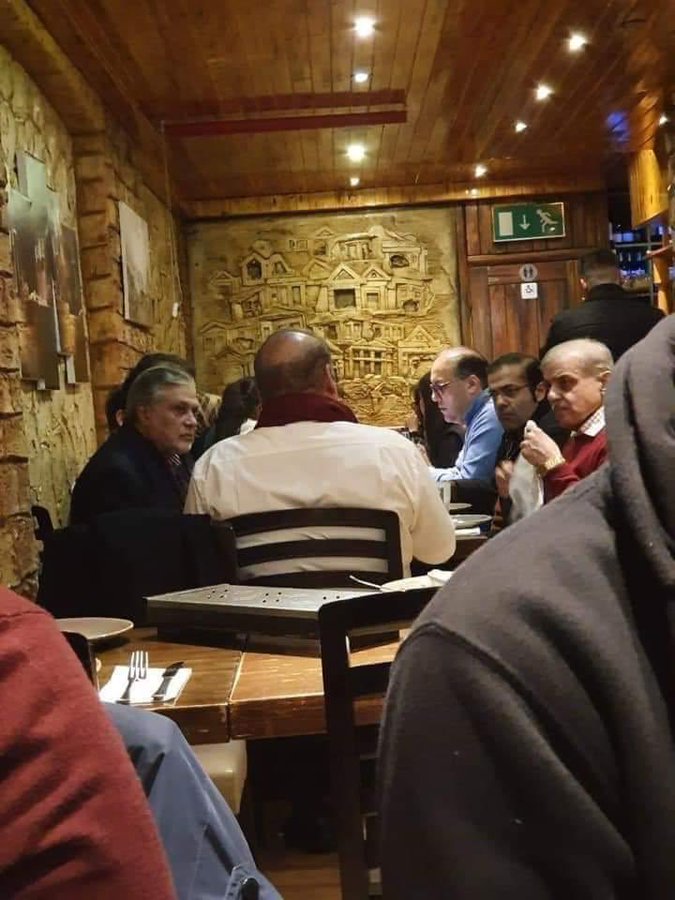 Eating and drinking disease treatment continues in a London hospital

Federal Minister for Science and Technology Fawad Chaudhry says the cure for eating and drinking in the intensive care unit of a hospital in London continues to be extremely poisonous.

On the social networking site Twitter, Federal Minister for Science and Technology Fawad Chaudhry commented on the social media with the viral Sharif family and other nun Ligi leaders based in London, while dining at a local hotel.

Sharing the photo, Fawad Chaudhary tweeted that the treatment of eating and drinking illness was underway at the meeting of the hospital’s intensive care unit and that all the patients were feeling better.

Former Prime Minister Nawaz Sharif is accompanied by his sons Hassan and Hussain Nawaz along with his brother and PML-N President Shahbaz Sharif in a photo taken at a restaurant in London. Also in the picture is former Federal Finance Minister Ishaq Dar are also present.