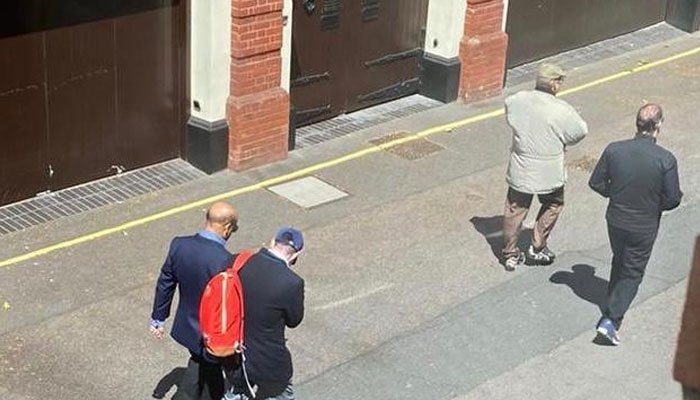 Another picture of former Prime Minister Nawaz Sharif with his son Hassan Nawaz has come to light.

Recently, a picture of former Prime Minister Nawaz Sharif sitting with his family in a coffee shop in London went viral on social media.

On this, Nawaz Sharif’s daughter Maryam Nawaz had said in a tweet that the purpose of releasing Nawaz Sharif’s picture was not publicity but humiliation which turned upside down like every time.

It may be recalled that former Prime Minister Nawaz Sharif has been residing in London for treatment since November 19, 2019.