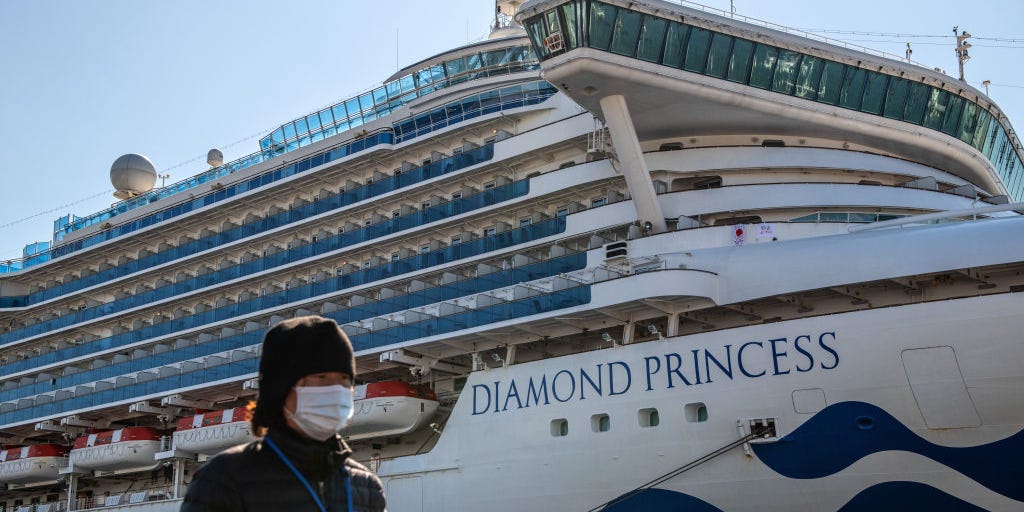 The United States announced the evacuation of its citizens from the Diamond Princess, a tourist ship in Quarantina near the coast of Japan. The ship will be kept in Quarantina until February 19, to stop spreading Coronavirus.

US Embassy officials told the French news agency that the US has decided to evacuate its citizens from a Japanese cruise ship anchored some distance off the coast of Yokohama, Japan.

Read Also: WHO Has Finally Named The New Coronavirus

This tourist cruise ship has been standing near the port of Yokohama since February 3.

A letter to the Japanese administration has been written by US officials, stating that a special American aircraft will be sent to the United States on Sunday to bring the American citizens trapped in a tourist cruise ship.

In addition, it was reported that citizens would be evacuated to Quarantina for two weeks after being brought to the United States on account of virus concerns. It is not yet known when the US ship will depart its nationals from Japan, but it is clear in the letter that the aircraft will land at California-based ‘Troas Air Force Base’ upon returning to the United States.

Read Also: More than 900 dead due to deadly coronavirus

The letter further states that passengers will be screened first, and we are also in contact with the Japanese cruise ship management to determine if the condition of an American citizen is in the intensive care and he is in flight. Don’t be able to ride.

It should be noted that the cruise ship has about 3,700 people, including passengers and crew. More than 200 people have been diagnosed with the dreaded coronavirus so far and taken to a nearby hospital for treatment.

Read Also: US citizen died from Coronavirus in China

The mystery Coronavirus has killed more than 1,000 people in China so far, and more than 66,000 have been infected.

Despite all efforts to prevent the virus, the deadly virus has spread to more than 24 countries worldwide.

In addition, other passengers aboard the ship “Diamond Prince” who are suffering from any other health problems are allowed to board the ship, while the remaining passengers remain in Quarantina until February 19.