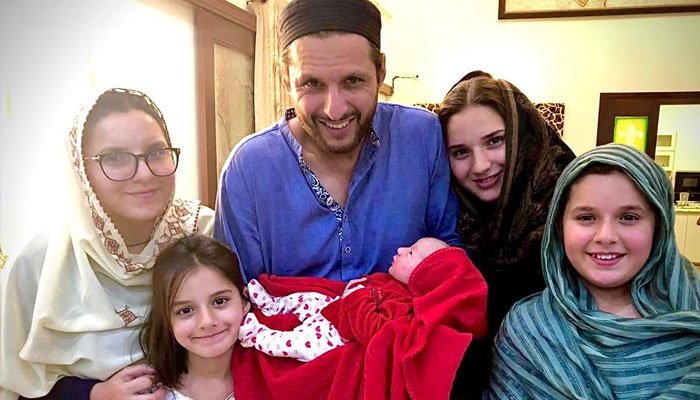 Remember that Shahid Afridi announced the birth of his 5th daughter on Twitter yesterday.

Shahid Afridi along with his four daughters raised their newborn daughter in their lap and shared their photos with the fans, which has since been greeted on social media.

Her name is also being suggested by fans with good wishes for the younger guest.

It is to be noted that the oldest daughter of the former captain is Aqsa, while the other daughters are named Insha, Ajwa and Asmara. After Shahid Afridi’s tweet, his fans have been suggesting different names.