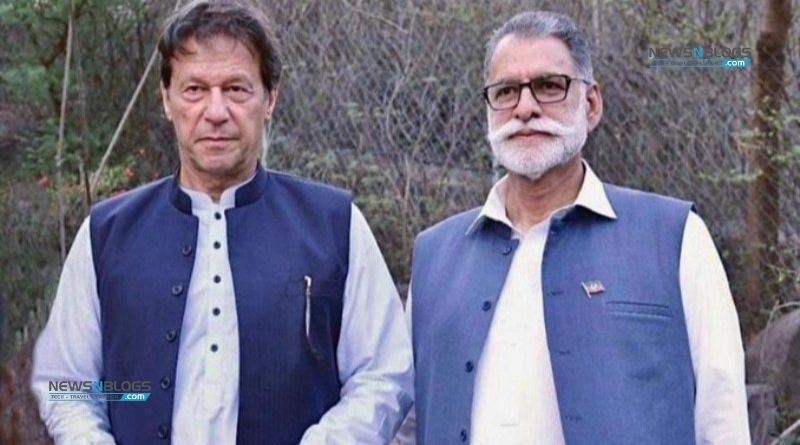 Pakistan Tehreek-e-Insaf (PTI) candidate Abdul Qayyum Niazi has been elected as the new Prime Minister of Azad Jammu and Kashmir.

Abdul Qayyum Niazi got 33 votes in the newly formed Legislative Assembly of Azad Jammu and Kashmir while the joint opposition candidate Chaudhry Latif Akbar got 15 votes.

“I thank Prime Minister Imran Khan for nominating me as the Prime Minister of Azad Kashmir,” Niazi said in a statement on social networking site Twitter. “I promise my people and Imran Khan that I will fulfill my responsibilities honestly and try to live up to your trust,” he said.

It may be recalled that Sardar Abdul Qayyum Khan Niazi started his political career in 2006 on the platform of the Muslim Conference and was elected a member of the Legislative Assembly of Azad Jammu and Kashmir.

He served as Minister of Food, Forests, Prisons, and Revenue until 2011. He joined Pakistan Tehreek-e-Insaf in 2016.

Earlier, Federal Minister for Information and Broadcasting Fawad Chaudhry had announced that Prime Minister Imran Khan had nominated Abdul Qayyum Niazi as the next Prime Minister of Azad Jammu and Kashmir.

In a tweet on social networking site Twitter, he said, “After a long consultation and review of suggestions, the Prime Minister of Pakistan and Chairman PTI Imran Khan nominated the newly elected MLA Mr. Abdul Qayyum Niazi for the post of Prime Minister of Azad Kashmir.

“He is a dynamic and genuine political activist whose heart beats with the activists,” he said.

Azhar Mashwani, focal person for digital media for Punjab Chief Minister, said that Abdul Qayyum Niazi is a member of Azad Kashmir Legislative Assembly from Abbaspur, Poonch border area. He said that he is also the Central Joint Secretary of PTI.

It may be recalled that Prime Minister Imran Khan had interviewed seven candidates for the post of Prime Minister of Azad Kashmir on Friday and Saturday.

The Prime Minister asked him various questions, including his views on future strategy, environment, tourism, and national and international issues.

According to a source, Prime Minister Imran had expressed anger over the fact that he was being approached by various quarters who were pressuring him to select specific candidates.

Abdul Qayyum Niazi, who had won the LA-18 seat in the recent Azad Jammu and Kashmir elections, had not been in the fray for the PM’s job before, but his name suddenly surfaced.

His ancestors migrated from occupied Kashmir in 1947 and settled in the Darasher Khan area on the Line of Control in Poonch district. His elder brother Sardar Ghulam Mustafa Mughal was the Minister of Finance in 1985. Fought for District Councilor who won.

In 2006, he contested elections on the ticket of the Muslim Conference for the Member Assembly and was nominated as a candidate for the Assembly. From 2006 to 2011, he served as the Minister of Food and other Ministries.

He later went to court alleging election rigging, whose case was in court until the 2021 general election.

In 2019, he resigned from the long-standing membership of the Muslim Conference and joined the Pakistan Tehreek-e-Insaf (PTI).

It may be recalled that in the Azad Kashmir Legislative Assembly elections, PTI won 32 seats while PPP has 12 seats and PML-N has 7 seats. Jammu and Kashmir People’s Party and Muslim Conference have one seat each.