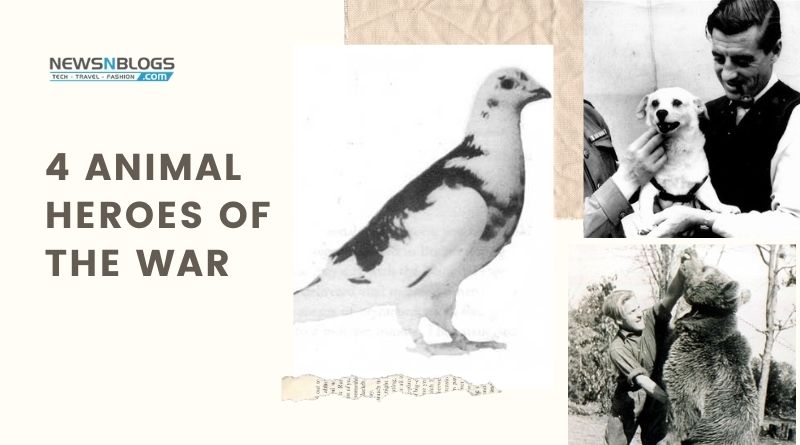 In 1943, Poles were marching toward Palestine when they discovered this bear in the Hills of Iran. Instantly Voytek was very much attached to the Polish soldiers and adopted many human characteristics like; he used to cry when left alone and cover his eyes with his paws when chastised.

While he was growing up he was trained by the unit to carry mortar shells and other weapons. When the Poles were deployed to Italy in 1944 to supply Allied troops with desperately-needed food and ammunition, the only way to take the bear with them was to officially enlist him – so he was given a name, rank, and number. While on the battlefield, avoiding intense fire, cradling 25lb shells, or boxes of ammunition in his arms, he would effortlessly pass them down the line.

Once  Voytek caught Arab spying for a raiding party who confessed everything. Enemy’s plans were exposed and made unsuccessful courtesy of Voytek. He was awarded a bear and was allowed to spend the whole evening in the bathtub. According to his fellow soldiers, he loved beer, cigarettes, and parting like any other man.

After the war, he was taken to Edinburgh Zoo and spend the rest of his life there. While in Zoo he often demanded cigarettes by shaking his head in a weird way. Garry Paulin has written a book Voytek -The Soldier Bear and authorities are planning to build an official memoir for this great war hero.

This is another amazing tale of human-animal bonding. The story begins in Rai Breli, a town in present-day Uttar Pradesh, India, and ends in the mountains of Balakot, a town in the far north of Pakistan. It is the story of a man named Syed Ahmed, a deeply religious man born in  1786. His life mission was to establish an Islamic state on the pattern of the early Caliphate, first in the subcontinent and then, possibly, in the rest of the world.

To achieve this he decided to wage a war against then rulers of the subcontinent. He established a group of fighters and started nighttime attacks on small villages of Balakot (a Place in Pakistan). Hari Singh then governer of that area decided to send his soldiers to fight rebels. Soon Hari Singh’s army pushed rebels to the top of the mountains and cut the supply line.

But to their utmost surprise rebels very getting a continuous supply of food and ammunition. Hari Singh’s army tried for months before they find out it was a donkey (Khota in Urdu) who was their secret courier. For months donkey used to career food and ammunition to the rebels. A donkey was instantly killed by Hari Singh’s army but to rebels, he was the hero. They buried the donkey there and named the place Khota Kabar(Donkey’s grave).

Horrie the Wog Dog was a white Egyptian terrier who was found by James ‘Jim’ Bell Moody, a despatch rider attached to a Machine Gun Battalion. Jim took him back to his signals platoon but Horrie was soon adopted by the entire battalion. He went on route marches and accompanied the commanding officer on parade. He was promoted to honorary corporal and assigned the service number ‘EX1′ (No 1 Egyptian soldier). Horrie traveled in Moody’s kitbag when the battalion moved to Greece. His acute hearing meant that he could give the battalion early warning of approaching German aircraft.

Evacuated to Crete on the ‘Costa Rica’, Horrie survived the sinking of the ship and narrowly escaped being crushed between two lifeboats. On Crete, he acted as a messenger dog. Outlying patrols tied a handkerchief containing a message around his neck and he returned to Moody in the olive groves below. During the evacuation of Crete, Horrie was wounded by shrapnel. 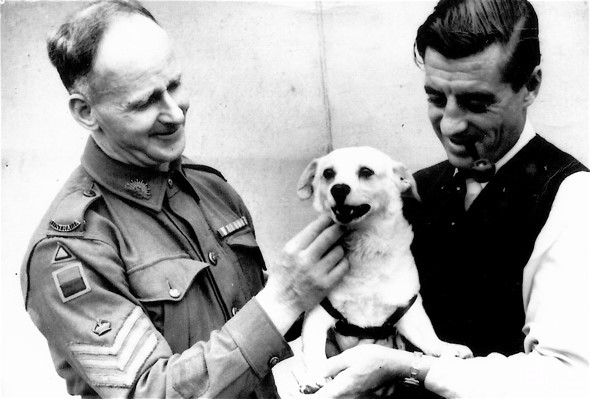 He adapted a pack so that Horrie could be carried concealed in it and trained the dog to travel quietly in it. Jim strapped his helmet over the back of the pack to conceal the ventilation holes he had cut in it. On the troop ship returning home, Moody or one of his friends stayed with Horrie at all times ready to conceal him.  Horrie was smuggled off the ship in Adelaide and sent to live with Jim Moody’s father in Melbourne while Jim went on to serve in New Guinea.

Moody was discharged in February 1945 and Horrie went to live in Sydney with him. When the Kennel Club wanted to raise funds to support the Red Cross Moody offered Horrie as an attraction. This came to the attention of quarantine officials. Determined to make an example of the illegal import of a dog, they ordered Moody to surrender his dog for destruction. A dog was shot on 12 March 1945. Public outrage followed. A wreath was laid on Anzac Day at the Sydney Cenotaph for many years in Horrie’s memory.

Paddy the pigeon was an Irish carrier pigeon awarded the Dickin Medal after being the fastest pigeon to arrive back in England with news of the success of the D-Day invasion, out of hundreds dispatched. He flew 230 miles across the English Channel in four hours and fifty minutes, the fastest recorded crossing, and was awarded the medal on 1 September 1944, just under three months after the crossing. Paddy was trained by Andrew Hughes of Carnlough and is the only animal in Ireland to be awarded this medal. The medal citation reads,
“For the best recorded time with a message from the Normandy Operations, while serving with the RAF in June 1944.” 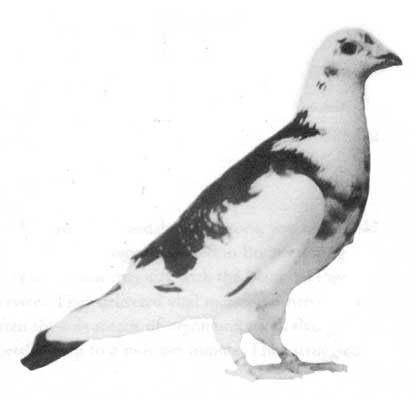 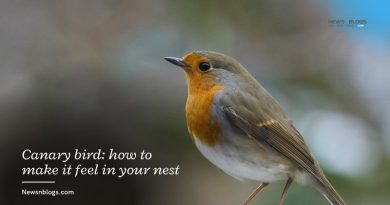 Canary bird: how to make it feel in your nest 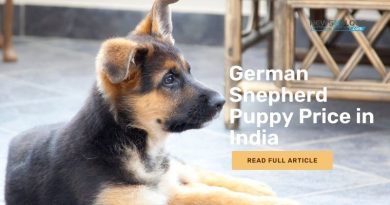 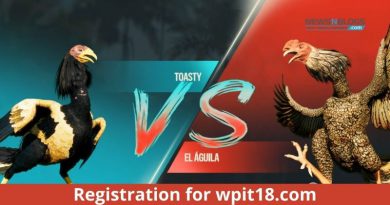