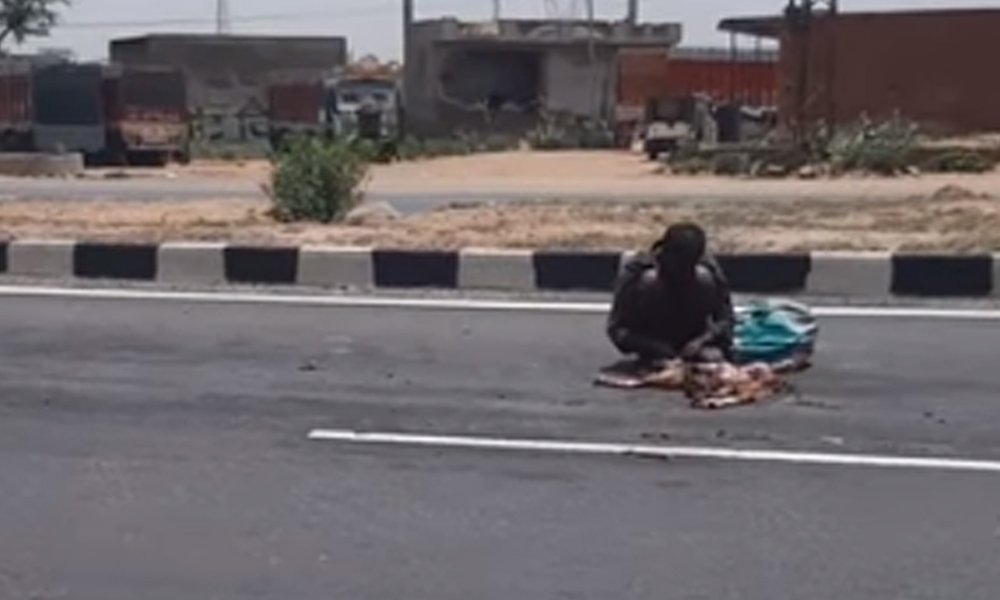 Hunger has become a major problem for Indians due to the global epidemic of coronavirus. Video of an Indian citizen eating dead dog meat due to lack of food during lockdown went viral.

A heartbreaking video by social media activist Pradhman Singh Naroka posted on social media. In which Pradhaman Singh says that he was going from one city to another during the lockdown when a hungry citizen on the highway was eating the flesh of a dead dog sitting on the side of the road which he recorded in the camera.

When Pradhan spoke to the starving man, he found out that he had been hungry for days and was forced to eat the carcass of a dog lying on the side of the road without food.

It can be seen in the video that the person who made the video is being provided food and water by Pradhaman and also financial support has been given. In the video, Pradhan appealed to the government and the general Indian public to help such people, to take care of them during the lockdown.

The video went viral on social media and has been liked and retweeted hundreds of times. After watching the video, the Indian people are taking their government by surprise and criticizing it.