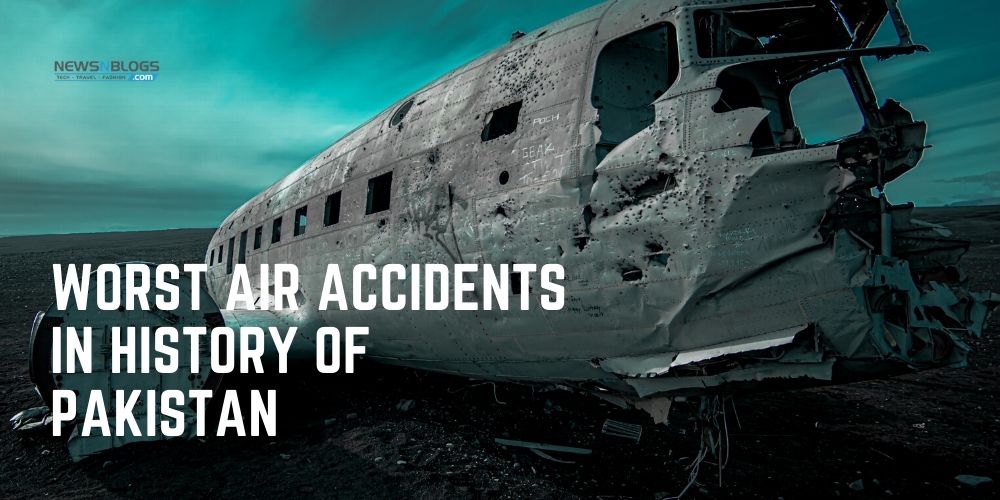 May 22 brought similar bad news for Pakistan when a Pakistan International Airlines (PIA) passenger plane en route from Lahore, the capital of Punjab, to Karachi, the capital of Sindh, crashed due to a technical glitch.

But even before this incident, there have been several air accidents in Pakistan, which are briefly reviewed in this article.

PIA spokesman Abdul Sattar confirmed the incident and said the A-320 had 90 passengers on board coming from Lahore to Karachi.

PIA’s Lahore-Karachi flight PK-8303 crashed on a residential area near Karachi airport a short while ago. Fire fighters trying to control fire in an affected house👇🏼 🔥 ✈️ #planecrash #BREAKING pic.twitter.com/LEg1roPjol

The first air crash in Pakistan’s history took place abroad on May 20, 1965. The alleged PIA flight number 705 Boeing 720 was on the inaugural route from Cairo to London. The plane crashed while landing at Cairo Airport. The crash killed 124 people, including 22 journalists.

The second was the Fokker F27, which took off from Islamabad Airport on August 6, 1970, crashed into a house at Rawat, 11 miles from Rawalpindi. All 30 people were killed in the crash.

On December 8, 1972, Fokker F27 (Flight No. 631) crashed near Rawalpindi after taking off from Islamabad. Twenty-six passengers on board were killed.

On November 26, 1979, PIA’s Boeing 707 Flight 740 was returning home from Jeddah Airport carrying pilgrims when its cabin caught fire near Taif and the plane caught fire, killing 115 passengers and 11 crew members. People died on the spot.

On August 17, 1988, a US-made Hercules C-130 military plane crashed near Bahawalpur, killing the army chief and President General Zia-ul-Haq, 30 other military generals and the US ambassador.

The bodies could not be found even after years

On August 25, 1989, PIA’s Fokker PK-404 went missing in the snow-capped mountains near Gilgit. 21 years later, the wreckage and bodies have not been found. In search of the plane, 73 rescue missions were sent which failed.

It should be noted that the Aircraft Crash Record Office and other agencies have not yet recognized the crash as the bodies and wreckage of the plane were not found.

On September 28, 1992, PIA‘s Airbus A300 Flight 268 crashed into a cloud-covered mountain just minutes from Kathmandu, the capital of Nepal. 155 passengers, including 12 crew members, were killed.

The crash was caused by a plane flying about 1,600 feet below a set altitude. It was the largest overseas passenger plane crash in Pakistan’s history.

Five days after the incident, Juma Mohammad Mohammadi, Afghanistan’s Minister of Mines and Industries, and a chartered ship carrying four Afghan officials and Chinese mining officials crashed in the Arabian Sea near Karachi.

On July 10, 2006, PIA’s Fokker F27 Flight 688 crashed into a wheat field near Multan ten minutes after taking off. The Lahore-bound flight killed 41 passengers besides four crew members. The cause of the accident was said to be a technical fault.

Destruction in the hills of Margalla

On July 28, 2010, the Airbus A321, a private airline, crashed into the hills at Margalla, northeast near Islamabad. All 152 people, including six crew members, were killed in the flight from Karachi.

On April 20, 2012, Pakistan’s Bhoja Air Boeing 737 crashed on its way from Karachi to Islamabad. The crash killed 121 passengers and six crew members.

A Pakistan Army helicopter crashed in the Gilgit Valley, killing eight people, including the ambassadors of Norway, the Philippines and Indonesia, and the wives of the Malaysian and Indonesian ambassadors, and setting a school building on fire in the valley. Was taken.

Prominent Naat singer and former singer Junaid Jamshed was among those killed.

The crash was being called the biggest in the last four years.

Note: This information is collected from different sources on the Internet.