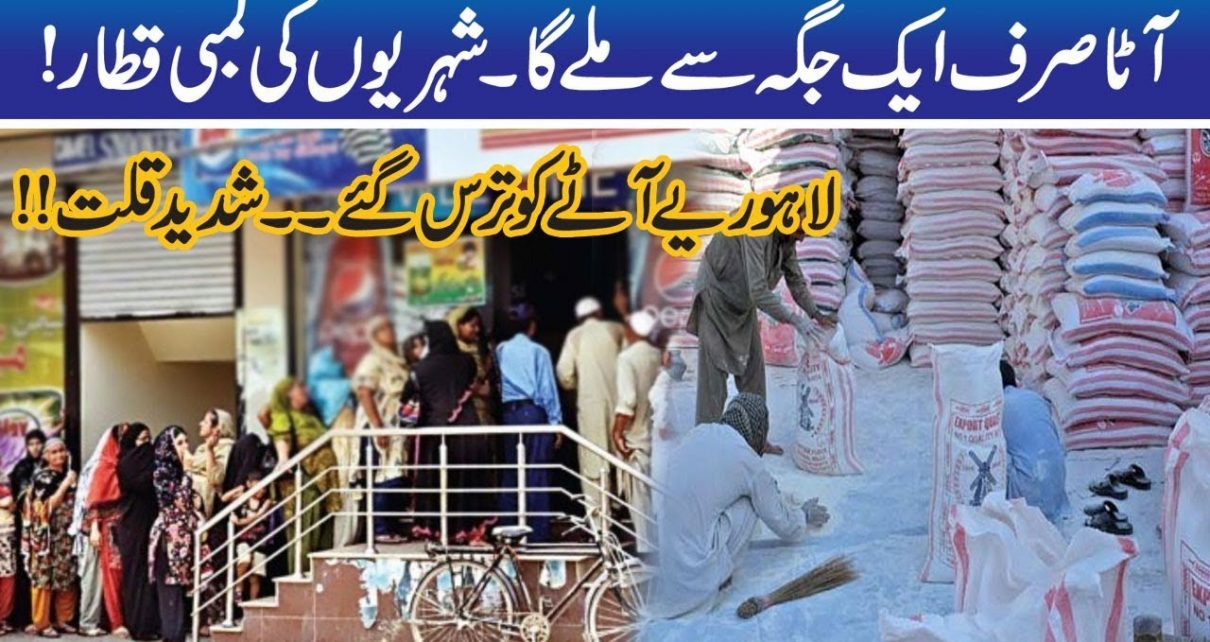 The shortage of flour in Lahore is Increasing

In Lahore, the shortage of flour has begun to increase.  Government and district administration mobilized to tackle the flour crisis, trucks were set up to sell cheap flour at 20 places in the city. Food Minister Punjab says that efforts are being made to create an artificial crisis, there will be action against those selling expensive flour.

In Lahore, 20 kg flour bags are being sold at Rs 1,300 for the mill, while Flourmels Association is delaying the delivery of flour to shops and non-shops, causing shopkeepers and non-citizens alike all the trouble.

The situation of utility stores is also unsatisfactory, where there is dough, there is something missing and the city is worried. Citizens say poor people are also being snatched from their mouths. Food Minister Punjab Samiullah Chowdhury visited Shadman Sunday Market to assess the supply of flour. Samiullah Chowdhury says there is no flour crisis, Flourmels has been fined Rs 14 crore on profit-taking, delivering 10,000 bags of flour to model markets.

On the other hand, every part of the flour crisis is disturbed. In Lahore, rickshaw owners protested against inflation and shortage of flour and held a rally on Wahdat Road. The protesters demanded that the government take immediate steps to curb inflation.