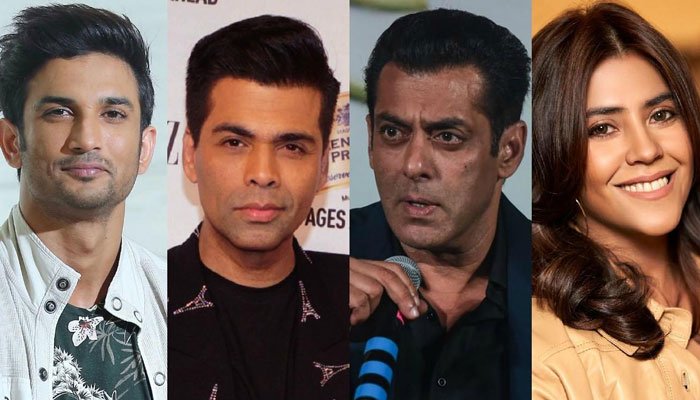 Bollywood actor Sushant Singh had committed suicide at his home in Mumbai. Some Bollywood celebrities are being held responsible for this. According to Indian media reports, advocate Sudhir Kumar Ojha has filed a case against eight big names in Bollywood, including Salman Khan, Ekta Kapoor, Karan Johar and Sanjay Leela Bhansali.

According to the report, the case has been registered in a court in Muzaffarpur under various sections 306, 109, 504, and 506. In which it was stated that Sushant Singh was forced to commit suicide so it should be declared as murder. The petitioner said that some of Sushant Singh’s films were not released while he was forcibly excluded from 7 films. A situation was created in which he decided to end his life as the only solution.

On the other hand, popular Indian producer Ekta Kapoor clarified in an Instagram post that there is no truth in these allegations.

It may be recalled that Sushant Singh started his artistic career with Ekta Kapoor’s play ‘Kis Desh Mein Hai Meera Dil’. After which he played the lead role in Ekta Kapoor’s other play ‘Pavitra Rishta‘ and gained great popularity.

In Bollywood, producers Karan Johar and Sanjay Leela Bhansali are often accused of favoring kinship. While Salman Khan and his brothers are said to be trying to influence his films and careers.