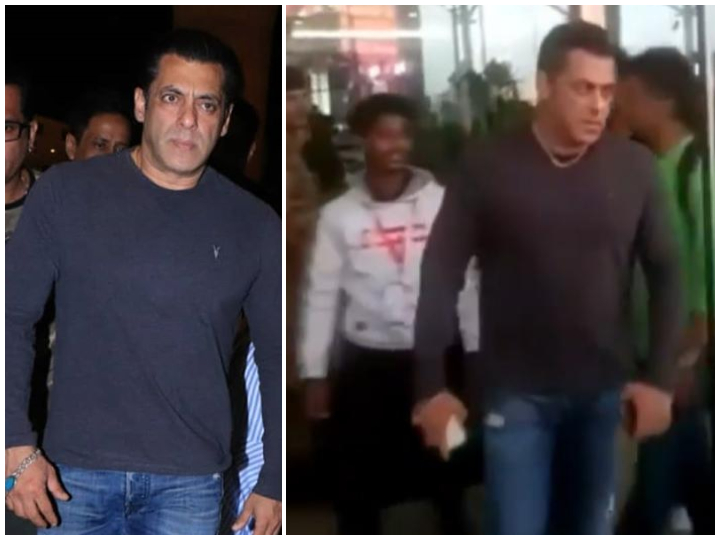 Salman khan snatches the phone from fan over unsolicited selfie

The Sultan of Bollywood Salman Khan snatched the phone from fans eager to take selfies, whose video went viral. According to a report by a foreign news agency, Bollywood star Dabangg Khan was coming out of the Goa airport along with his bodyguards to see thousands of fans for a glimpse of him.

Upon seeing Salman, some fans tried to take selfies with him, which made Dabangg Khan angry and took away his phone. As can be seen in the video, Salman Khan is wearing a black T-shirt and looks quite angry and he has a fan cell phone in his hand.

. @BeingSalmanKhan snatches mobile phone of a airport staff in #Goa who was clicking a pic of him! Unworthy of the title of a celebrity and unworthy of the tag line caked Being Human! In short a GHATIA HUMAN BEING! pic.twitter.com/4qXb69jqfY

Such behavior of Dabang Khan was criticized by the fans and a user called Salman Khan a ‘Ghatiya human’ instead of a human being. Goa’s NSUI president Ahraz Moula reacted strongly to the incident, in a letter to Chief Minister Pramod Sawant, urging him to take strong action against the actor.  Goa unit BJP general secretary and former MP Narendra Sweeker has also criticized Salman Khan for his unconditional apology, criticizing him for his blasphemous behavior.