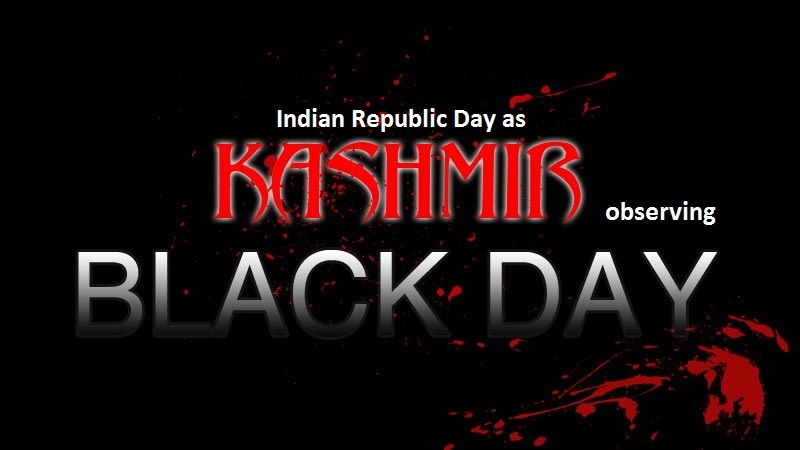 Kashmir in the world today is forming as the Day of the Black Republic of India, a complete strike is being planned in Kashmir in anticipation of the Black Day.

On the appeal of the Hurriyat leaders, Kashmiris across the world are celebrating the so-called Indian Republic Day as Black, aiming to bring the world’s attention to the continued occupation of Kashmir and the deprivation of Kashmiris for the last 73 years. Have to do Demonstrations and rallies will be staged by Kashmiris in India’s capitals on the occasion of Black Day.

President Azad Kashmir Massoud Khan on the occasion of the Black Day said that India does not have the right to celebrate the Republic Day in the occupied area.

Must Read: Naseeruddin Shah says that living in India as Muslim has become difficult

It should be noted that this year Kashmiris are celebrating Black Day at a time when India’s lockdown in occupied Kashmir has been 175 days. The Occupied Kashmir on the day of the Republic of India has changed into a military camp. Additional personnel of Indian Army personnel has been deployed everywhere, and barriers have been laid on all internal and external routes of occupied Kashmir.