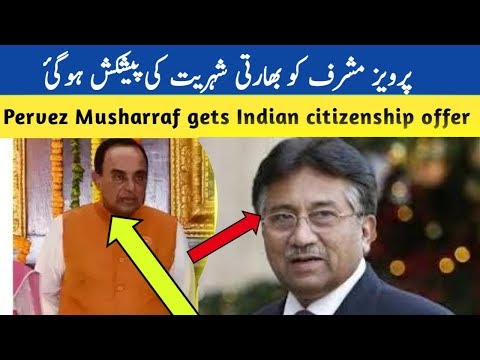 The senior leader of the Bharatiya Janata Party has called on former Pakistan President Pervez Musharraf to be given a “fast track” citizenship, according to the newspaper, where protests are taking place on a controversial citizenship bill in India.

Swami, a BJP leader, and Rajya Sabha member says that after the way Pakistan’s former president Pervez Musharraf is being harassed, we can give him citizenship on a fast track basis.

Related: Musharraf Who has Served the Country for 40 Years Could Not Be A Traitor

Since Pervez Musharraf is from the Ganj river and is currently facing exploitation in Pakistan, all those who consider themselves a Hindu race are eligible for the new citizenship amendment law and should be granted citizenship.