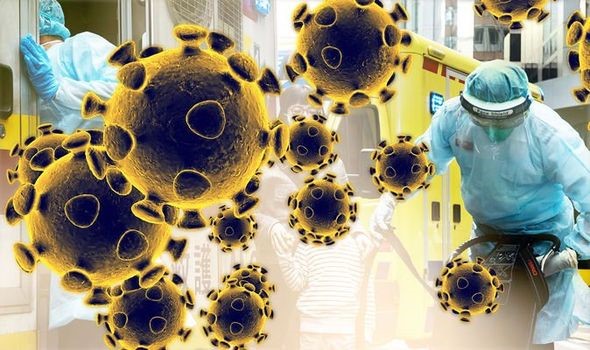 By the day this world came into being till now, the human being is trying hard to control the universe and systems for making life easier.however they have succeeded to some extent but still, Challenges keep rising by every passing day.

One of the dare situations we are facing these days is the outbreak of viral disease Corona originated in China.which is spreading on the planet like a jam to toast. The stressing situation is not caused just by the disease itself but the reason that no natural immunity has been discovered or formed yet to defeat this killer virus.

The word corona came from the ancient Greek word “crown” which literally denotes the aura of plasma around moon, that can be sighted most often in a total solar eclipse case. This name was given as per the structure of coronavirus.

This unfolding emergency state has become a matter of high concerns on  international level. Every country around the world is working harder to create a vaccine for this disease. By every passing day, the terror of corona is leveling up at peaks with the massive death toll rates and increasing numbers of cases in china and many other states.

The deadly novel corona is continuously taking lives with every passing day. There were rumors that this is some anti population strategy adopted by high command authorities, some says that this a part of biological warfare against China, some experts claims that corona is actually leaked deliberately from Chinese biological weapon. However, none of such conspiracy rumor has been proved yet.

In this stressing time of uncontrollable SARS-CoV-2 spread, when no genuine treatment has been discovered yet, there is still a little hope for human beings. Virologists across the world are of the view that just like other influenza viruses this one is more likely to get busted if when the temperature increases.

So the good news is that corona will pass away by the start of the summer season just like other flues like diseases which starts to ebb before the beginning of summers but a matter of concern is that will it come back again as the temperature falls again? Well, the answer is uncertain as we are confronted with this terrorist virus for the very first time and we are not sure how long it will take to combat this deadly virus.

Teacher by profession, writer by passion.