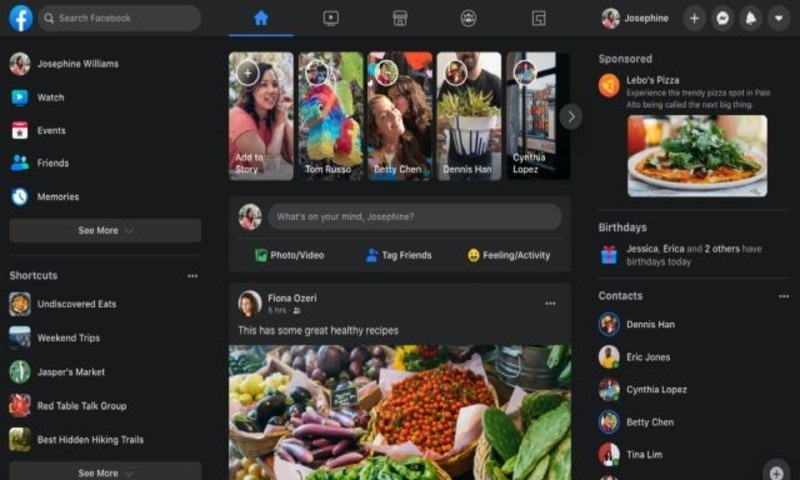 This new design focuses heavily on 2 of Facebook’s most important feature events and groups. Currently, it will be up to the users to use the new version or to prefer the classic version but by the end of this year, the new design will be by default. The company says that if this new version hasn’t arrived yet, you’ll be able to see it soon enough.

WhatsApp launches Dark Mode for both iPhone and Android

Like last year’s mobile redesign, this new desktop version contains a cleaner and simpler design with a white hue. It features larger fonts and improved icons, while for the first time the Dark Mode option will also be available to users. Like the mobile app, the new desktop design now has immediate access to key features of Facebook, while the Facebook stories have been moved to the updated status box.

In addition, a redesigned menu bar is also being offered.

One of the most significant changes to this redesign is the Groups tab, which is made available in the menu bar, which will make it possible to click through to view updates based on the group’s updates, while also giving the new group’s submissions the user’s interest.

How to enable Facebook’s new design?

Another special feature is the Dark version that is not currently available in the mobile app as well.