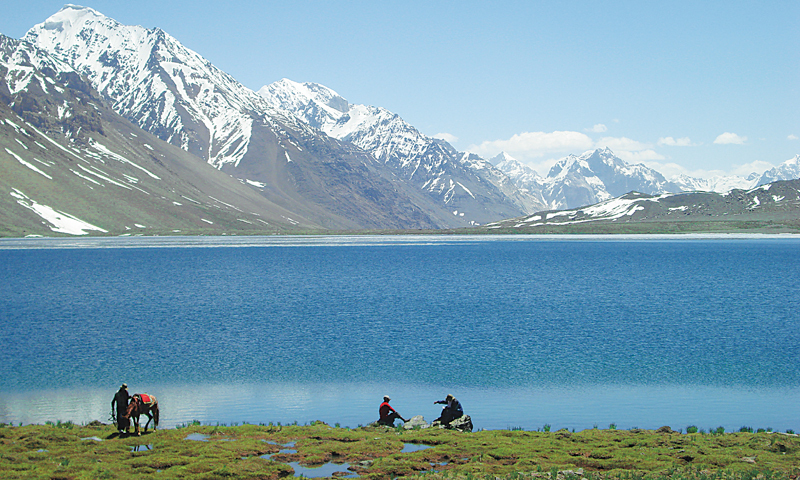 There are some wonderful valleys in the Northern Areas of Pakistan whose beauty cannot be described in words. Humid areas, transparent lakes like glasses, skyward waterfalls and giant mountains, all of which you find most often in the northern parts of Pakistan, but they are not discussed much wherever beautiful areas are mentioned. So, in our minds, the names of countries that we have heard about coming out of Pakistan, which is why our northern regions, which are no less than paradise, are not mentioned as beautiful.

For this reason, this article also mentions an area that is certainly no less than a paradise. This area is the home of the Markhor, which is due to the presence of 30 freshwater lakes. 13600 feet above sea level, the name of the place is Broghil valley, 250 km from Chitral, on the border of Wakhan District in Badakhshan province.

It is about 10 hours drive from Mastuj, Chitral, and one has to travel to extreme perch and hilly areas to reach it. It is situated at the foot of the glaciers of the valley, which till now was overlooked by tourists, although every year there is a unique game called Yak Polo which is not played anywhere else in the world it has not got as much fame as Shandur Polo festival.

Yak is called Khusango in the local language. The Broghil National Park was established by the Khyber Pakhtunkhwa government in 2010 for the gathering of locals and holding festivals every year, and it is a pleasure that this time the tourism department played its role in highlighting the Broghil Festival and not only the country. But foreign tourists also saw the unique Yak polo match and yak race this year.

Tents are set up in Broghil every year to hold a two-day festival at the Shandor Festival. Locals compete for yak polo, buzkashi, donkey polo, wrestling, yak racing, and other sports. But the most unique thing is the traditional local makers here, who hear humanity get lost in the beauty of these valleys.

As the tent settles, a large number of Yak sellers arrive for the yak polo match at Broghil, where fairs are held, contests, and yak are held, and after the distribution prizes, the temporary tent is emptied.

It was a story festival but the main purpose of writing this article is to describe the beauty of this beautiful valley. The main reason for the beauty of the Broghil Valley is the Karambar Lake, the forerunner of this beautiful valley, 14,121 feet high. It is Pakistan’s second and 31st highest lake in the world. Immediately after the encampment ends, the national animal here becomes the nest of marchers, as it is a treasure of wildlife.

Every year there are large numbers of birds migrating from Siberia that add to its beauty. Besides, the valley is also famous for its wild herbs. Can’t grow anymore. However, this valley is no less than a paradise, where for the sake of mental and physical comfort, nature has provided everything that is capable of refreshing not only the heart and the mind but also the soul.