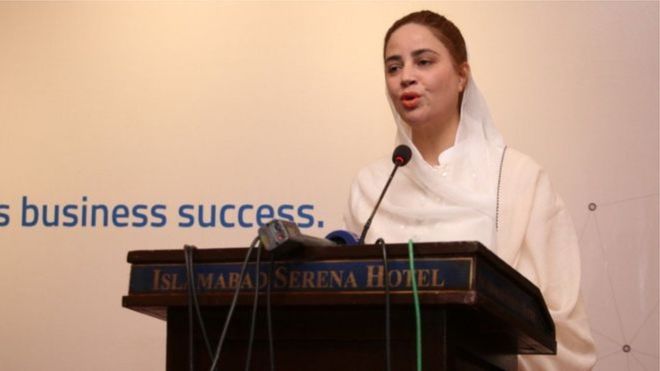 “Along with the 14 points of Quaid-e-Azam, 19 points of Zartaj Gul should also be made part of the Pakistan Studies.”

These are the words of a user named Zahoor Nadeem who made this demand from his Twitter account without giving any background. Probably based on the assumption that all users on the platform would be aware of the recent statement by Minister of State for Climate Change Zartaj Gul.

People who do not watch programs broadcast on Pakistan’s state television (PTV) and do not use the social networking site Twitter regularly. It is important to inform them about the statement attributed to Zartaj Gul.

Minister of State for Climate Change Zartaj Gul, a fan of Pakistan’s Prime Minister Imran Khan’s ‘Killer smile‘ and also credited Khan for the rains in the country, was invited to a program on state TV on Saturday.

She said that COVID-19 means that it has 19 points that can be applied in any country in any way. Let them build up their immune system. This is the flu. Meanwhile, the anchor of the program seemed to agree with the Minister of State and kept shaking his head in affirmation.

It should be noted that the name COVID-19 does not mean that it has 19 points as stated by the Minister of Climate Change. Rather, the name is a mixture of some important things. COVID refers to a type of corona. V means that it is not a bacterium but a virus. D refers to this disease and 19 means that it was discovered in 2019, i.e. code 19. The Climate Change Minister in Pakistan did not know that 19 means year.

Many Twitter users regretted that the minister, without knowing it, confidently gave false information on a national TV channel as if she is an expert. Social media user’s started criticizing Zartaj Gul for providing false information.

However, Minister of State Zartaj Gul clarified this after the strong reaction from consumers after the statement on social media. In her tweet, she wrote that she actually wanted to say that ‘the effects of the epidemic are different in different countries.

Following in the footsteps of her leader, she wrote that she talked for hours on TV every day without a slip. She also reassured his fans that she isn’t afraid of criticism. She said that it makes her strong.

Users on social media where watching this statement from the aspect of humor. At the same time, some users were seen urging forgiveness for unintentional mistakes.

You’re a good speaker. Sometimes, it’s fun to have a break & laugh at the bloopers we unintentionally make. No one is perfect. We all err 🙂

Errors & blunders improve us. No harm in having a chuckle when it’s worth it. Shughal lagayen!😁#coronavirus ne aisay he ghabrana hai😂

A user named Mohammad Asadullah wrote in the same satirical manner that the N95 mask is available in 95 different styles in the market.