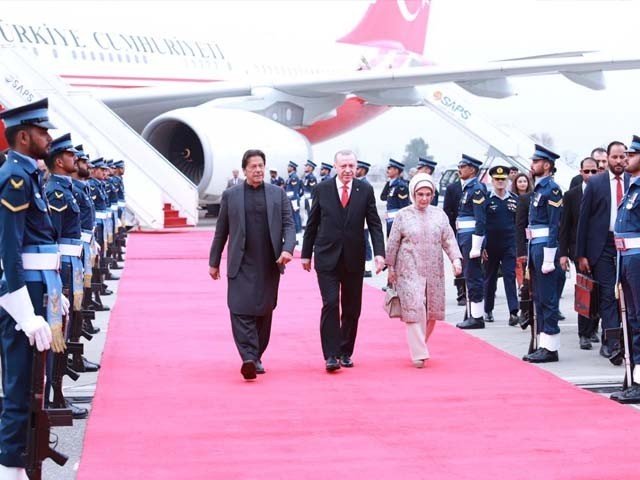 The Turkish President will be taken from the Noor Khan Air Base to the Prime Minister’s House where he is presented with the Guard of Honor. Later, Turkish President Rajab Tayyip Erdogan arrived in the Presidency where he was received by President Arif Alvi after which there was a one-on-one meeting between the two.