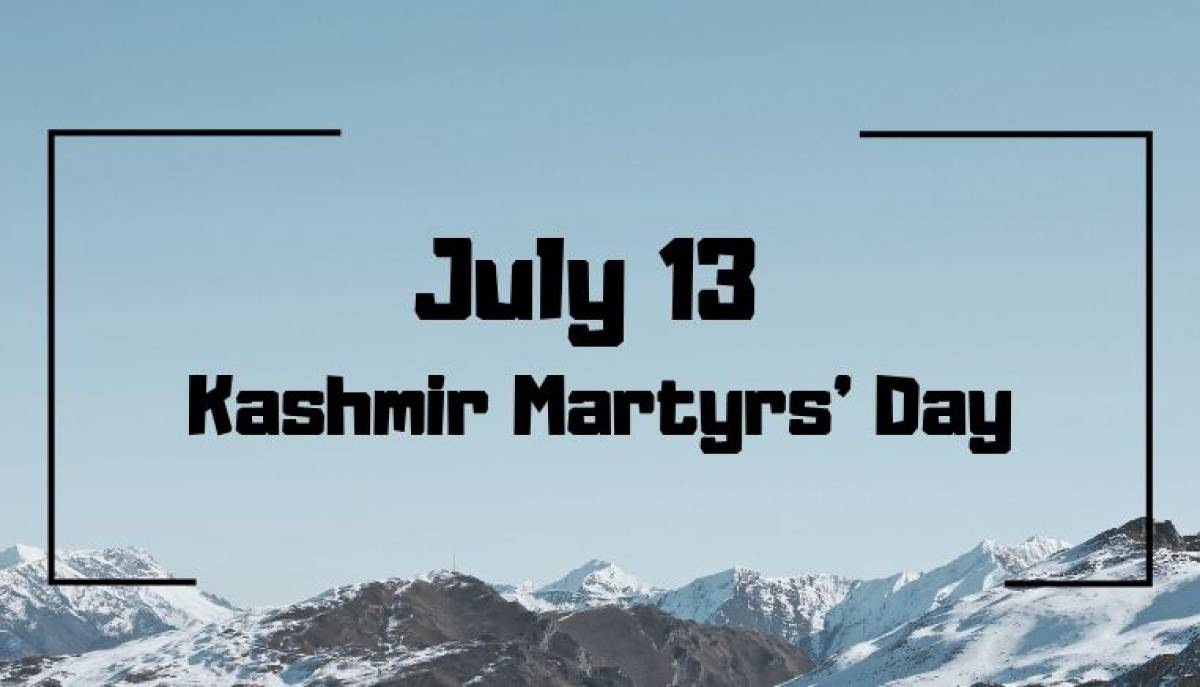 Kashmir Martyrs’ Day is being observed all over the world including Occupied Kashmir on July 13.

For the people of Kashmir, July 13 is an important day in history and an unforgettable day in the history of the Kashmir Independence Movement. Kashmiris around the world are celebrating Kashmir Martyrs’ Day today. Rallies will be held in different parts of Occupied Kashmir on this occasion. The evening of July 13, 1931, was a bloody day in the history of Kashmiris. When the occupying Indian troops martyred 22 innocent Muslims in Srinagar. The unjust blood of Kashmiris shed 89 years ago is still fresh today.

On that day, the oppressed Kashmiri people were gathered outside the Srinagar jail where Mujahid Abdul Qadeer Khan, a man of the imprisoned Kashmiri nation, was to be taken to court for trial.

Meanwhile, it was time for Zuhr prayers but the protesters were not allowed to offer prayers. In such a situation, a man stood up to give Adhan but the soldier of Dogra Maharaja shot him dead.

After that, the second man stood up for Adhan, he too was shot and martyred, then the third, the fourth, and while doing so, 22 innocent Muslims were martyred by the soldiers of the Maharaja and many Muslims were arrested.

This brutal incident gave rise to the spirit of liberalism in the hearts of Kashmiris. After the formation of Pakistan, India forcibly occupied a large part of Kashmir and blew up agreements and documents.

On the other hand, the enemy of peace and bloodthirsty Indian government has turned the occupied valley into a military cantonment after an illegal move on August 5 last year. The occupying forces are trying to subdue the Kashmiris and suppress their voice but with each passing day, this voice becomes louder than ever.