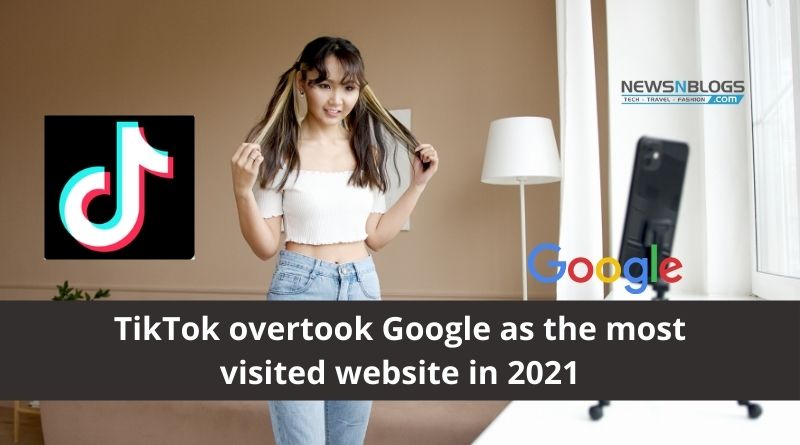 If you were asked which website people visit the most in the world, the answer would be Google.

And it is not difficult to know the reason because people turn to Google to search for anything on the Internet. But surprisingly, in 2021, the title of the most popular website in the world has gone to a site instead of Google, which no one would have thought that it could get this award.

According to cloud service company Cloudflare, TikTok has snatched the title of the world’s most popular web address from Google in 2021.

How the popular video-sharing app snatched this honor from Google has not been fully explained. But for the first time in CloudFlare’s annual rankings, a website replaced Google.

Interestingly, TikTok was ranked 7th in the 2020 list, followed by Amazon, Netflix, Apple, Microsoft, Facebook, and Google. But over the past 12 months, the Chinese site has surpassed everyone else, possibly due to an outbreak of the coronavirus.

And this happened at a time when this app is banned in India and its service is often stopped in different countries of the world.

Keep in mind that TikTok’s overtaking from Google is also impressive because it has only one billion monthly users, which is far less than Google and Facebook.

The rankings do not specify whether the total TikTok traffic combines China and the rest of the world, or whether the app’s app, which works in China under the name Devine, is included.