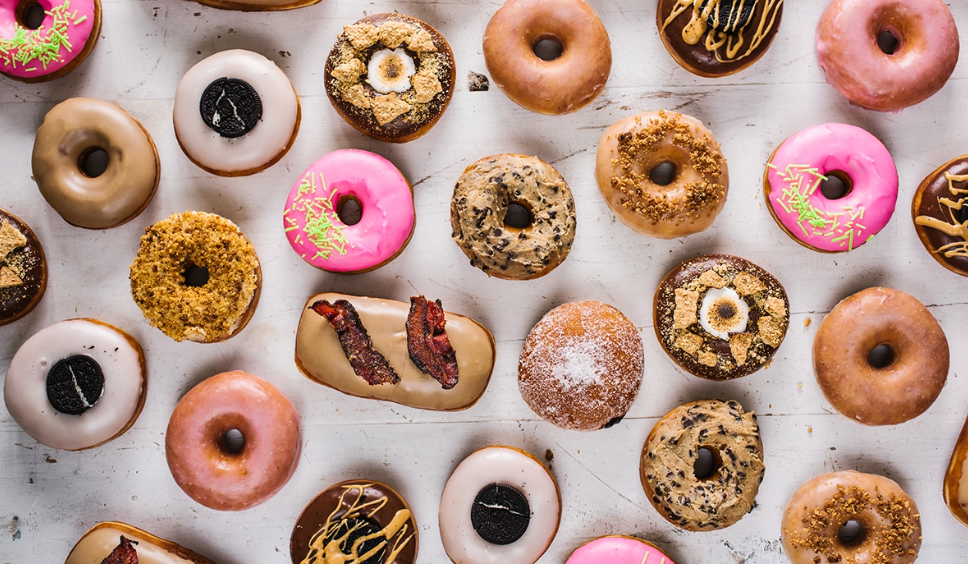 Yes, Sydney is the home of the famous Sydney Opera House and the Sydney Harbour Bridge. You can wander around the cobbled streets of The Rocks, and spend a few days at Darling Harbour. But eventually, you’ll just want to relax, and nothing beats having a good cup of coffee along with some great donuts to give you a boost.

Sydney is home to a wide range of superb doughnuts, ranging from Simpsons-inspired pink concoctions to truly wild flavor combinations. If you’re a donut geek, then you should really find some of these superior donut shops in the city.

If you’re an American, then the donuts art Lukumades is really something new. That’s because they mainly offer loukomades, also known as honey balls or Greek donuts. These are bite-sized puffs that are deep-fried to perfection. They’re soaked in honey syrup, and then dusted with cinnamon.

The Lukumades brand actually started in Melbourne, and it only opened in Sydney in 2019. Their recipe for their Greek donut involves using traditional Greek donut-making methods, along with a secret method of frying the bread and then topping them off in wild flavor combos. These flavors are terrific for those with an adventurous spirit, as you’ll be able to finally try a donut with biscuit crumb and salted caramel sauce. There’s also another donut topped with white chocolate, along with cookies and cream gelato.

This place is famed for their classical and contemporary versions of Portuguese pastries and tarts, and you should try their pastel de nata. But the donuts here have a cult following too, with each donut filled tight with filling and then showered in powdered sugar. The fillings here include salted caramel, crème brûlée, vanilla, Nutella, custard, and dulce de leche.

These donuts are all soft and pillowy, and you’ll find yourself eating them continuously. They even just launched a new flavor of lemon meringue doughnuts filled with lemon curd, and it’s going to be another classic.

As the name indicates, the place focuses on serving LA-style donuts. That means these donuts seem to have been made by a battalion of grandmas who seriously want to spoil their grandkids. These include the classic glazed and jam donuts, along with other flavors such as lamington, lemon, passionfruit, and cinnamon sugar. Of course, the classic Homer donut is part of the lineup.

But that’s not all. Other flavors include coffee and cream, cookies and cream cheesecake, knafa, fairy bread, vanilla slice, crème brûlée, Boston crème, Snickers, and Biscoff and banana. If you’re in for something new, this is the donut shop you want.

Donut King started out in Sydney, and they now have more than 300 locations all over the country. In fact, they’ve spread to nearby countries as well.

Sure, the ice cream and the toasties at Donut King are good. But the donuts are just fantastic, especially when you have kids who love decorative donuts. With more than 80 donuts to pick from, you can visit here lots of times without having to repeat a single donut.

Though there are some separate locations, many of the Donut King locations are in malls. That makes it a convenient donut and coffee shop to visit when you’re taking a break from your shopping expedition.

This is another place where the pastel de nata is just terrific. But their donuts are also among the best in Sydney as well, with imaginative options like lemon and ricotta donuts. Or you can try their hojicha doughnuts filled with hojicha creme patissiere. There’s even a mango sticky rice donut as well, if you’re really feeling brave.

You might get lucky and find a Rude Boy appearance at markets in Rosebery, Glebe, and Darlinghurst. But normally, you only get Rude Boy donuts online. If you’re at home and what a tasty treat for a snack (or even for breakfast), then get online and take a look at their donuts.

Here, you won’t really find gimmicky flavors. These donuts are the generally the classics, with fruity flavors such as rhubarb, strawberry, mango-coconut, grape jelly, blackberry, lemon curd, and raspberry. There also the chocolates ganache, plus vanilla custard.

What makes this brand special is that they also cater to the vegan crowd, with offerings that don’t have soy or nuts. So, if you’re a vegan, then this is your go-to site for donuts on delivery.

This is another online brand, which is great for those homebodies who still want some donuts while bingeing on their favorite TV shows. Their focus is a special New Orleans-style doughnut, which are distinctive due to their square shapes. The texture of these donuts is somewhat chewier, but it’s still crispy on the outside. They’re simple donuts meant to be savored with some coffee while you’re relaxing at home.