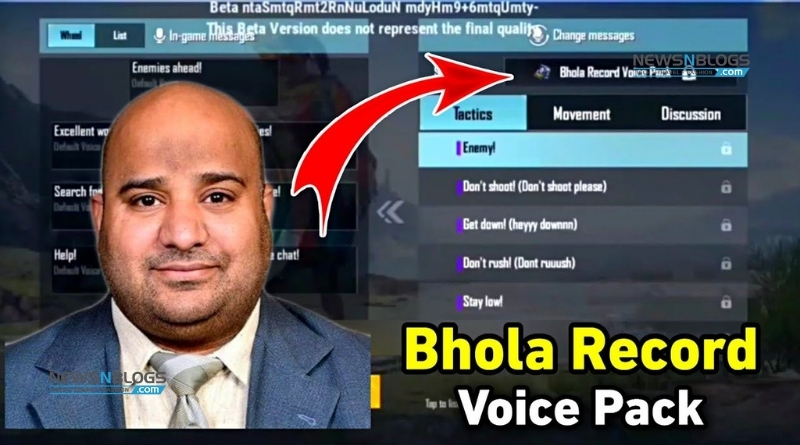 Who is Bhola Record?

As PUBG Mobile is getting famous day by day in Pakistan so because of this recently PUBG Mobile introduced an Urdu voice pack and now it is introducing the Bhola Record Voice Pack.