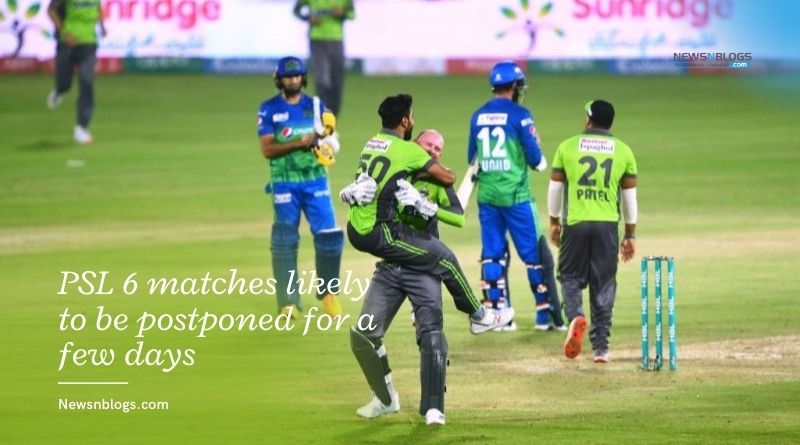 Pakistan Super League (PSL) season 6 matches are likely to be postponed for a few days.

PSL 6 matches are likely to be postponed for a few days.
Sources said that it may take time for the PCR test report of the players and officials to come.

Security has been removed from the National Stadium in Karachi. It may be recalled that Islamabad United’s league spinner Fawad Ahmed’s Corona Test was positive after which the match to be played yesterday was postponed. A spokesman for Islamabad United said Fawad Ahmed had been isolated two days ago after showing signs of the coronavirus.

Update: PSL 6 matches will not be postponed: Samiul Hassan Burney

He said that those who tested positive for corona have been quarantined. The repeat test of these people will be done on Thursday. At present, there are about 300 people inside the bubble.

Sami Burney said that no player has been sent for isolation, but asked for the use of masks and to keep distinguishing. It may be recalled that earlier the matches of season 6 of the Pakistan Super League (PSL) were being postponed for a few days.