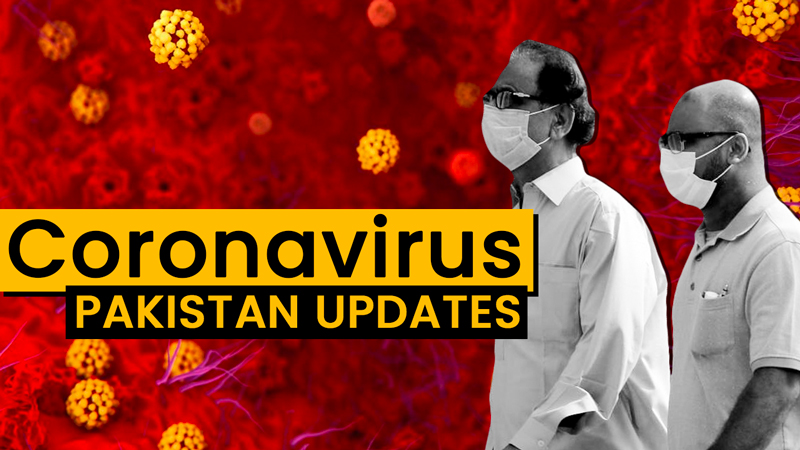 To date, 61 more people have died in the country from Corona, bringing the total number of deaths to 1,790, while the number of patients has risen to 86,930 from China as new cases have emerged.

The status of today’s cases

As many as 3638 cases and 61 deaths of Corona have been reported from across the country so far on Thursday, including 1615 cases and 37 deaths from Punjab, 1666 cases from Sindh, 20 deaths, 356 cases from Islamabad, 4 deaths and one case from Azad Kashmir.

Another 1666 cases of corona and 20 deaths were reported from Sindh today, which was confirmed by provincial spokesman Murtaza Wahab. Murtaza Wahab said that in the last 24 hours 8390 tests were done in which 1666 new patients came forward and 20 deaths were also reported. According to the spokesperson, the total number of corona patients in Sindh has reached 34576 and the death toll has reached 575. The spokesman said that 764 more patients were cured from Corona in the province bringing the number of those cured to 16786.

Read Also: How to protect yourself from Coronavirus

Today, 1615 more cases of Corona and 37 deaths have come to light from Punjab which was confirmed by PDMA. According to the Provincial Disaster Management Authority, the total number of Corona patients in the province has risen to 31,104, and the death toll to 607. The number of people recovering from Corona in the province so far is 7,712.

Another 356 cases of coronavirus and 4 deaths have been reported from the federal capital today, which has been confirmed on the official portal. According to the portal, the total number of cases in Islamabad has reached 3544 while the death toll has risen to 38. So far, 518 people have recovered from the coronavirus in Islamabad.

A case of Corona has come to light in Azad Kashmir today which has been confirmed on the official portal. According to government figures, the number of corona patients in the area has risen to 285, while the virus has so far killed seven people in the area. According to the official portal, 173 people have recovered from Corona in Azad Kashmir so far.

More Read: How to Protect Mobile Phone from Coronavirus?