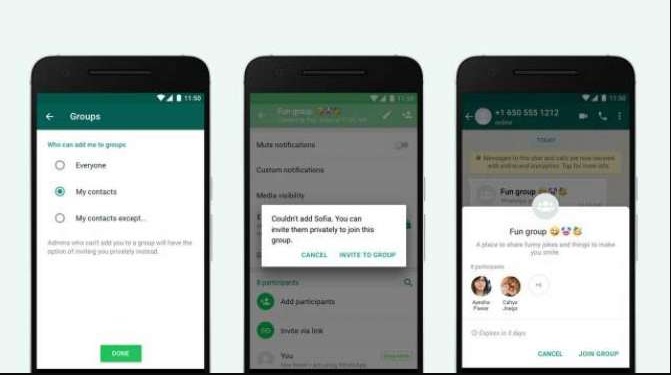 In WhatsApp, you can now better protect yourself from joining group chat in a new way. WhatsApp replaces Nobody with my contacts except in the privacy setting. With this feature, specific people will not be able to drag you to group chat. For example, now you can only allow your friends and family to add yourself to a group but prevent office colleges from doing so.

As before, the group admins still cannot add you to the group, but you can send an invitation to join the group in PM. This invitation disappears after three days.

This feature has been released on Android and iOS devices. The launch of this feature shows that inviting users to join groups is still a major issue for WhatsApp. Keeps on doing.