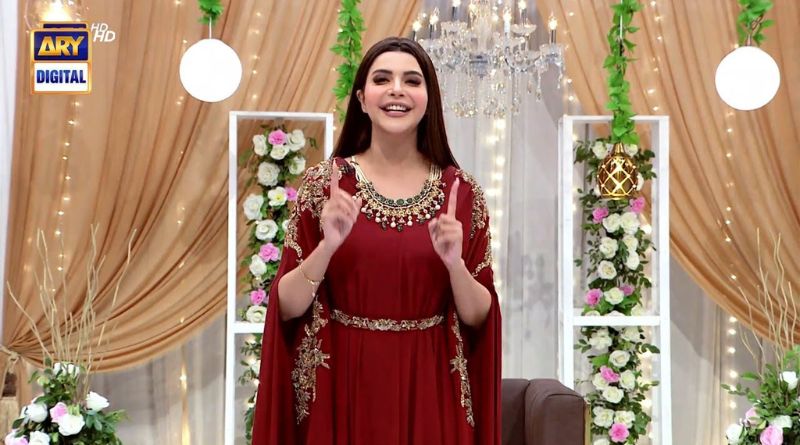 His fans admire the style of Pakistan’s renowned actress and host Nida Yasir and, of course, the actress herself is associated with the fashion world. And that is why they have announced the launch of their clothing brand.

There is a shade of red for every woman, this ‘lipstick red’ is for you. The pure cotton ensemble is our modern take on the traditional shalwar kameez. CODE: NYC-KHAAKSAAR-006 Shirt Rs:4550/- Shalwar Rs:2000/- *prices are inclusive of all taxes. For orders and queries DM us or call us at 03032063121. . #nyc #nidayasir #nidayasircollection #pret #readytowear #khaaksaar

In an interview with local news company regarding her brand, Nida said, “I always find the cold weather extremely romantic, with many past tense freshening up, the colours of the cold weather can affect anyone”.

She added that ‘I have made my collection beautiful with my Creative team, and before the collection was complete we knew what we had to make’.

According to Nida, “I have always wanted to connect every house and every woman in Pakistan in some way. I feel very fortunate that I am also connecting with my audience, in my brand. The best clothes and colours will be chosen. ‘

She added, “We will offer dresses that are not normally available to women. I believe that we give the most important to every style of Eastern and Western clothing.”

It is important to note that several Pakistani actresses are now launching clothing brands along with the actresses. Actresses Mawra and Urwah Hussain, Ayman and Minal all announced the launch of their clothing brands this year.

However, according to Nida Yasir, NYC is more than just a business for them.

Nida said, “I’ve always wanted to keep myself in the audience and NYC is a source of that. I’m very happy with people’s feedback and hope that women Will like my outfits.”

NYC puts fun back in winter. This midnight blue shirt crafted in cotton satin is comfortable yet stylish enough for work or a night out in town CODE: NYC-KHAAKSAAR- 005 Shirt Rs: 3850/- *prices are inclusive of all taxes. For orders and queries DM us or call us at 03032063121. . #nyc #nidayasir #nidayasircollection #pret #readytowear #khaaksaar

She also said that she has also started receiving international orders.

Currently, Nida Yasir’s brand will only sell apparel through social media as his team is currently working on the brand’s website but plans to open its own store in the future.