After a delay of several months, Huawei has introduced its flagship phones P50 and P50 Pro. Due to US sanctions, the phones were introduced much later this time, while this time the company did not introduce the Pro Plus model but only 2 models.

Huawei’s 2 new phones in this flagship series have better cameras than before but the choice of processors is more interesting.

The Huawei P50 is powered by a Snapdragon processor and surprisingly only 4G support, although this processor can also provide 5G support. In comparison, there are two versions of the P50 Pro, one with the company’s own Karen 9000 and the other with the Snapdragon 888 processor. 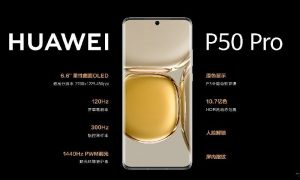 Both these versions also have only 4G support, although these two processors can also provide 5G support.

“5G phones are out of our reach due to US sanctions,” said Richard Yu, Huawei’s Consumer Business CEO. And that’s why we’ve opted for 4G instead of 5G in our chip design.

And yes, these are Huawei’s first flagship phones that do not have the Android operating system but use the company’s own Harmony OS, as well as Google apps and services are not part of these devices. 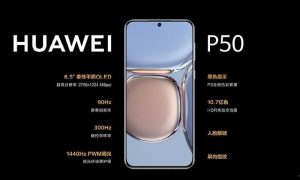 Both phones have stereo speakers and are dust and water-resistant.

As far as the camera setup is concerned, these phones have Lisa branded cameras that are equipped with 10 channel sensors and better telephoto modules than ever before.

The P50 Pro has a 50-megapixel main camera with features like F1.8 aperture and optical image stabilization. In addition, the 40-megapixel black and white camera with F1.6 aperture, while the 12-megapixel Ultra Wide is also part of the phone.

The phone’s main camera is 50 megapixels like the Pro model, while the 13-megapixel ultra-wide camera is also part of the P50. Not long ago, Huawei announced the launch of its flagship phones worldwide.

However, the global availability date of the phones has not been announced yet, but they will be available in China from August / September.