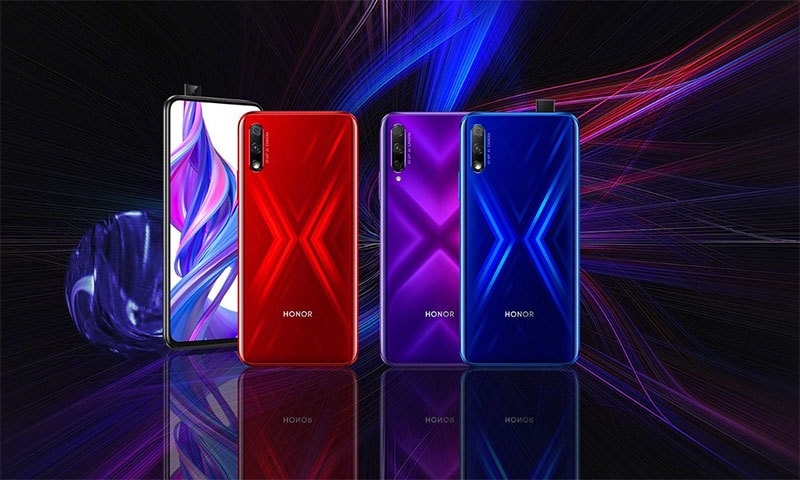 Huawei’s subsidiary Honor Phone 9X has been offered for sale in pre-order in Pakistan. The 6.59-inch Full View display phone has the company’s own Cayenne 710F Octa-core processor, which has also been added to the GPU Turbo 3.0 for sports enthusiasts.

The phone has 6 GB RAM and 128 GB storage, which can be further enhanced up to 512 GB from SD card. It was the first phone from the company that offered a pop-up selfie camera on the front, which is 16 megapixels. It has a 4000mAh battery, which the company claims it can easily run one day at full charge.

Set up of 3 cameras on the back of the phone. The main camera is 48 megapixel with f1.8 aperture while 8 megapixels super wide-angle camera and 2-megapixel depth camera are given.

3D Portrait Lighting option is available in both Front and Back while AI video stabilization option is also given. The phone has been pre-ordered for sale for Price in Pakistan is Rs 38,999 and will be given a Bluetooth speaker free on pre-order.

Be aware that this phone was first introduced in China in July and means that this phone will have Google apps and services that are not being offered due to US restrictions on Huawei’s new phones.