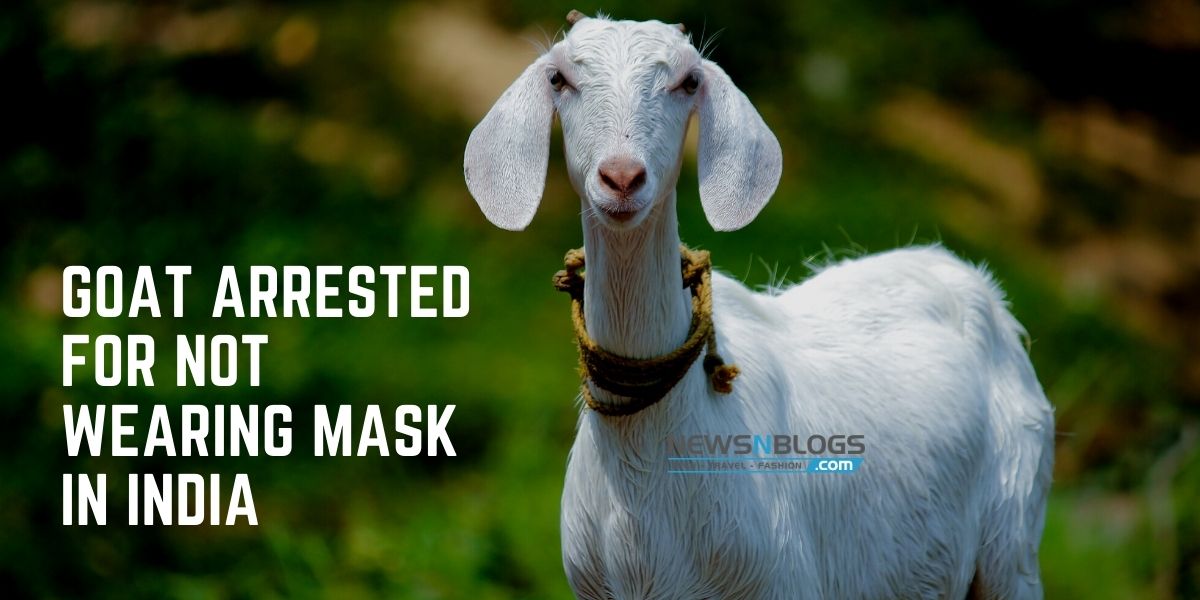 Violators of lockdown in India are being given unique punishments. Now another strange incident has come to light in which the police arrested the goat for not wearing a mask. According to a foreign news agency, Kanpur police arrested a goat as it was roaming around without a mask.

As soon as the owner of the goat found out that his goat had been taken away by the police, he immediately rushed to the police station. The goat’s owner pleaded with the police, after which the police finally allowed him to take the goat back and at the same time warned the owner not to let the animal roam the road.

In this regard, Anwaruddin Police Station Circle Officer Saifuddin Baig said that a young man was walking on the road without a mask. As soon as the police tried to catch him, he ran away and a goat was behind him.