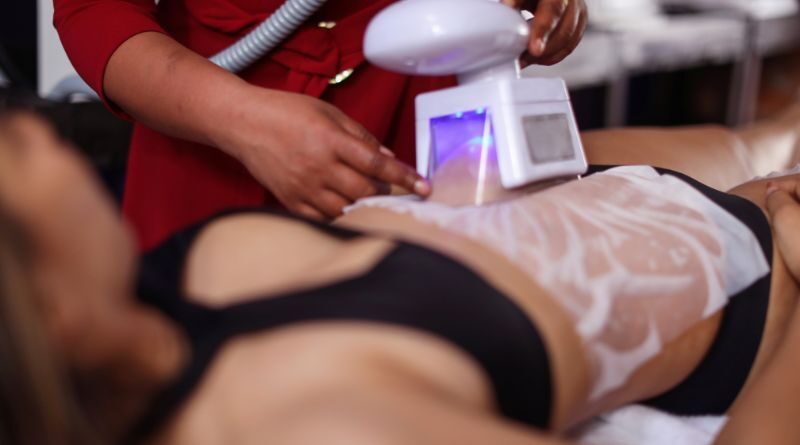 Fat freezing is also known as lipo freeze or cryolipolysis. It is a cosmetic procedure that targets specific areas of subcutaneous fat and aims to reduce fatty deposits by 15 to 40%. 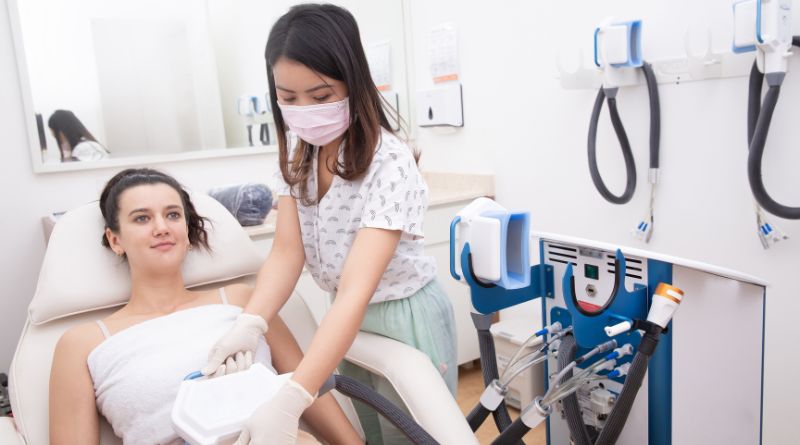 With fat freezing treatment an applicator is placed on the target area. The applicator has cooling plates on the inside that will drop in temperature to minus degrees. The applicator has a vacuum function that sucks in the fatty area against the cooling plates. Different machines allow for different temperatures to be reached. However, minimum temperatures should be decided predominantly on the amount of body fat present. Temperatures too low for smaller areas of body fat could cause more significant side effects such as extreme bruising.

Treatment times vary from machine to machine but will generally approximately be between 30 and 60 minutes. During this time the fatty area underneath the applicator is consistently cooled to the set minus degree.

During the treatment the skin is protected by a gel-soaked membrane to ensure no damage is done to non-adipose tissue. The membrane is spread over the skin before the applicator is placed.

The freezing of the adipose cells triggers cell death through apoptosis, cell death. Following the treatment adipose cells that were frozen will begin to break down and will slowly be cleared from the system through the body’s natural processes. As the cells die, macrophages, a type of white blood cell that is part of the human’s immune system, begin to digest the debris of the dead fat cells. The effects of this will start to become visible between 3 to 12 weeks and can vary for each person.

Where it came from

The co-founders of the process that has let to current day fat freezing treatment weren’t initially looking for fat reduction treatment, they were interested in another phenomenon entirely. They first conducted research into why kids eating popsicles can sometimes have a reaction to the cold, a reaction known as popsicle panniculitis. This reaction is visible on a child’s face, where the cheeks turn a bright red after eating ice lollies. The reaction can appear without warning and stay visible for weeks. Popsicle panniculitis is considered harmless, and it generally resolves itself within a short period of time.

Based on the findings of the research into popsicle panniculitis, the team began to research fat freezing, with the first fat reduction tests carried out in 2007. The first tests were conducted on pigs and showed immediate promising results with up to half an inch fat loss without damage to the pig’s skin. In 2010 the treatment was approved to be carried out on human bodies.

What can be treated? 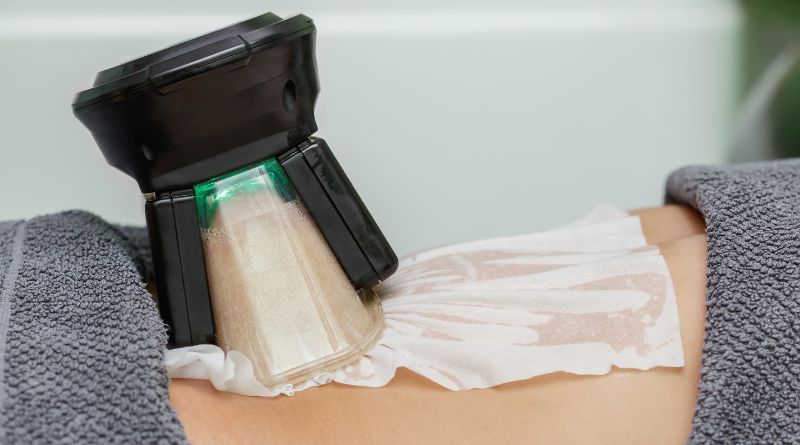 Fat freezing targets subcutaneous fat only. Visceral fat cannot be treated. Areas that can be treated include the abdomen, under arms, bra bulges, male breasts, thighs, lower back, and flanks. Some areas cannot be treated with this type of treatment, even if fat is present, as there are too many nerves present. These areas include large parts of the arms, the legs and over the spine.

Fat freezing reduces the amount of fat and fat cells in a specific area. It does not reduce cellulite, stretch marks or loose skin. People that want to reduce cellulite and excess skin are recommended to look into ultrasound cavitation and radiofrequency skin tightening treatment.

Adipocytes (fat cells) are more susceptible to cooling than other cells, which is how the fat cells can be frozen without negatively impacting the other cells in the area, including the skin. This is how controlled local tissue cooling can induce selective fat cell reduction.

Fat freezing is considered relatively safe as a treatment. It’s considered a non-invasive, non-surgical alternative to liposuction and other more distressing procedures. Most patients who undergo fat freezing will only notice minor side effects such as bruising, tingling, numbness, and redness for a few days. However, more severe reactions are possible. Research has shown there is a 0.0051% risk of hyperplasia, a gross enlargement of the treated area.

Hyperplasia, as a result of fat freezing, has recently received a lot of attention by international media. Model Linda Evangelista had a fat freezing procedure carried out on her chin, which resulted in hyperplasia. After her treatment she had to undergo liposuction to reduce the effects of the rare side effect.

Fat freezing has now been available for over 12 years and is considered highly successful and has a high satisfaction rate. 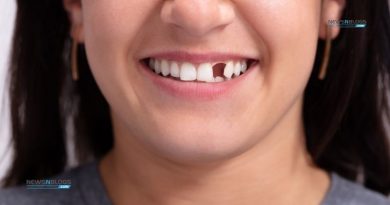 What Are the Options for a Missing Tooth? 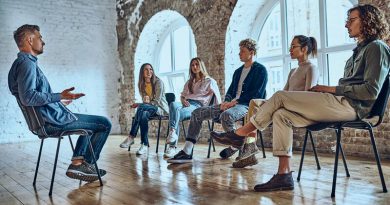 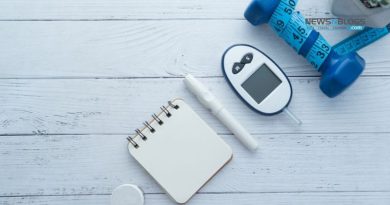 How to improve blood circulation?