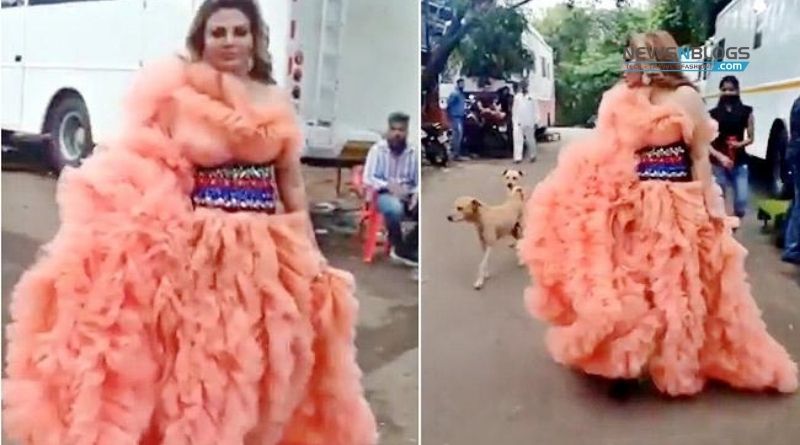 Controversial actress Rakhi Sawant, who has been known as the Queen of Controversy till now, has gained a lot of popularity as the Most Entertainer after Season 14 of Bigg Boss.

Recently, however, she protested in an innovative way, demanding that she be included in the Big Boss Season-15 once again. It is known that Spider-Woman got up and roamed the streets of Mumbai. Recently, Big Boss has also come under fire.

With this, Rakhi was given a chance in this season’s OTT as well. Rakhi, who was a little more than usual dressed, as usual, was followed by dogs as she entered the house. The dogs chased her as she got out of the car in a heavy dress and entered the set.

Rakhi Sawant shared a video related to this on her Instagram and now the video is going viral. Netizens are commenting that she will have to go to the hospital before the house.

In the video, Rakhi can be seen carrying a cellulite maxi with peach-colored wings, while dogs can be seen following the actress. In the caption of the video post, Rakhi wrote that when I was going to enter the OTT house of Bigg Boss, “Mery Peechy Kutty Pad Gaye”.

Rakhi’s video has been liked millions of times in just a few hours, while a series of interesting comments from fans continues.