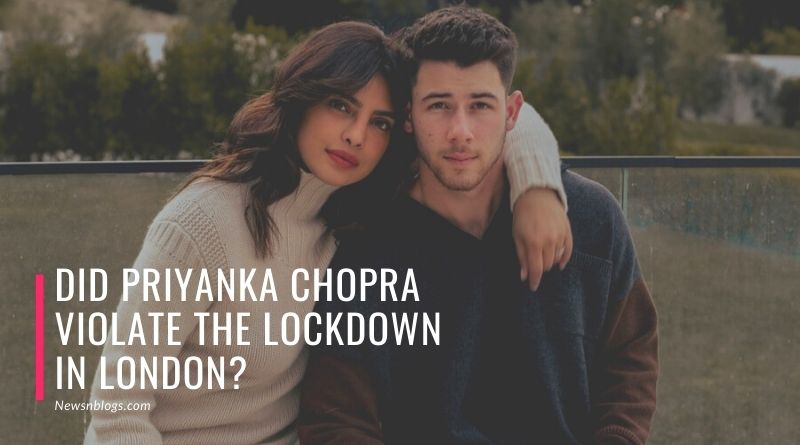 Bollywood actress Priyanka Chopra was said to have gone to the salon with her mother Madhu Chopra 2 days ago and violated the rules related to coronavirus. But a statement from her team said the actress was allowed to go out for work.

The Independent reports that the actress was not fined after visiting a salon in Notting Hill, London. The report quoted Mail Online as saying that Priyanka Chopra and her mother were seen leaving the Josh Wood Color Salon on the evening of January 6.

However, Priyanka Chopra’s representative said that she had her hair colored for the role in the film so no fine was imposed on her.

A spokesperson for Priyanka Chopra told The Independent that “following the instructions of the British government, Priyanka was hired for a hair color film which is currently being shot in London.”

He said that the salon was opened for private production and all the people present there were tested. The spokesman said film and production were allowed in the UK and the venues could be used for shootings following government guidelines.

He said officers had gone there and the salon owner had been verbally warned to comply with all corona virus laws but no penalty notice had been issued.

It may be recalled that Priyanka Chopra and her husband Nick Jones are currently in London, where the actress is busy shooting for her upcoming film Text for You in which her husband will also make a cameo.

The film is an English remake of the German film MS for Dutch, based on the sad story of losing a woman’s fiance. When she decides to send romance messages to her old number.

Then the woman becomes attached to the person who is given the old number of her fiance and he himself becomes unhappy.