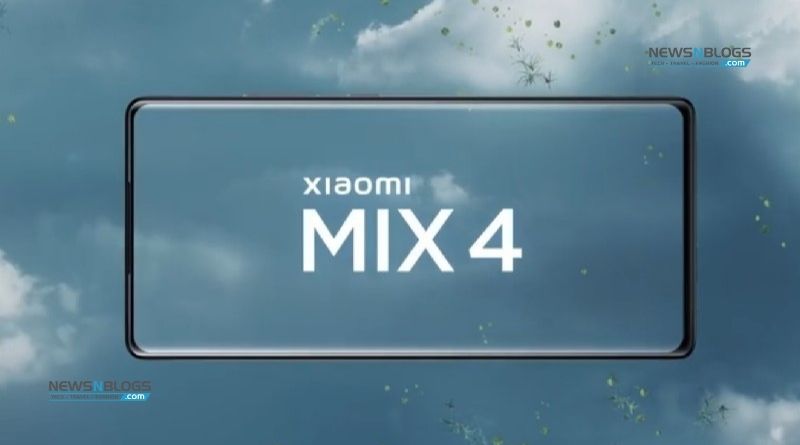 Xiaomi is hosting a major event on August 10 to introduce the Mi Mix 4 and MiPad 5 tablets. The Mi Max 4 will be Xiaomi’s first smartphone to feature a selfie camera inside the screen, and the company has demonstrated this technology by releasing two new teasers.

The leaked photo of the Mi Max 4 case confirms that it will not have a rear display like the Mi 11 Ultra. In fact, a day before the introduction of the phone, all its details have been leaked.

According to the details, the Mi Mix 4 will have a 6.67-inch bezel-less display with AMOLED panels and 2400×1080 resolution support. The phone will have Qualcomm Snapdragon 888 Plus processor mode with 23% higher AI computing power.

The smartphone will be equipped with a 4500 mAh battery with 120 watts wired and 50 to 80-watt wireless charging support. Other notable features include dual stereo speakers with high-resolution audio support.

The Mi Mix 4 will have 12 GB of RAM and 512 GB of storage, while the hidden camera inside the screen will be 20 megapixels and a fingerprint scanner will also be installed in the display.

The back of the phone will have a setup of 3 cameras with the main camera of 108 megapixels which will have features like OIS optical image stabilization, 7P lens, 24mm focal length, 4 in 1 fusion large pixels.

The setup will feature a 13-megapixel super wide-angle camera with 120 fields of view and a third 8-megapixel periscope camera with 5x optical zoom. As far as the Mipad 5 tablet is concerned, it will have a Snapdragon 870 processor and will be given a dual-camera setup. Both devices will be the first to be introduced in China, with prices expected to rise on August 10 at the event.