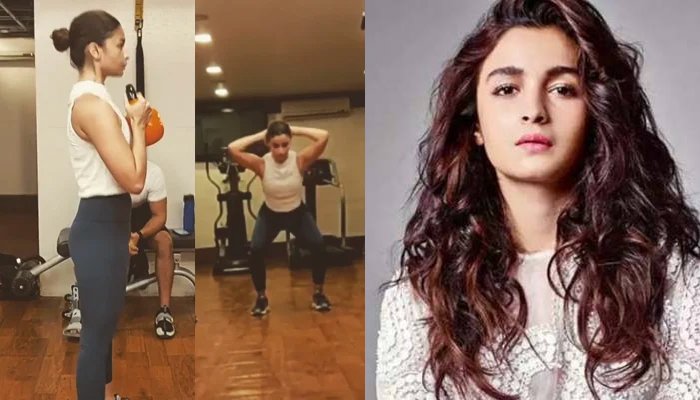 The video of Indian actress Alia Bhatt exercising hard is going viral on social media. Everyone seems to be impressed by Alia Bhatt’s fitness and such fitness is every girl’s dream which is not so difficult to fulfill.

Alia Bhatt’s viral video on social media platform Instagram shows her exercising in the gym without any exercise equipment.

Alia Bhatt’s exercise routine shows that she is exercising hard, which does not require going to the gym or having any equipment. This viral video of Alia Bhatt is no less than a gift for those who want to live a healthy life and lose extra weight.

It is to be noted that the trailer of Alia Bhatt’s new film ‘Gangubai’ has been released on which she is being highly appreciated by the audience for her lively performance.