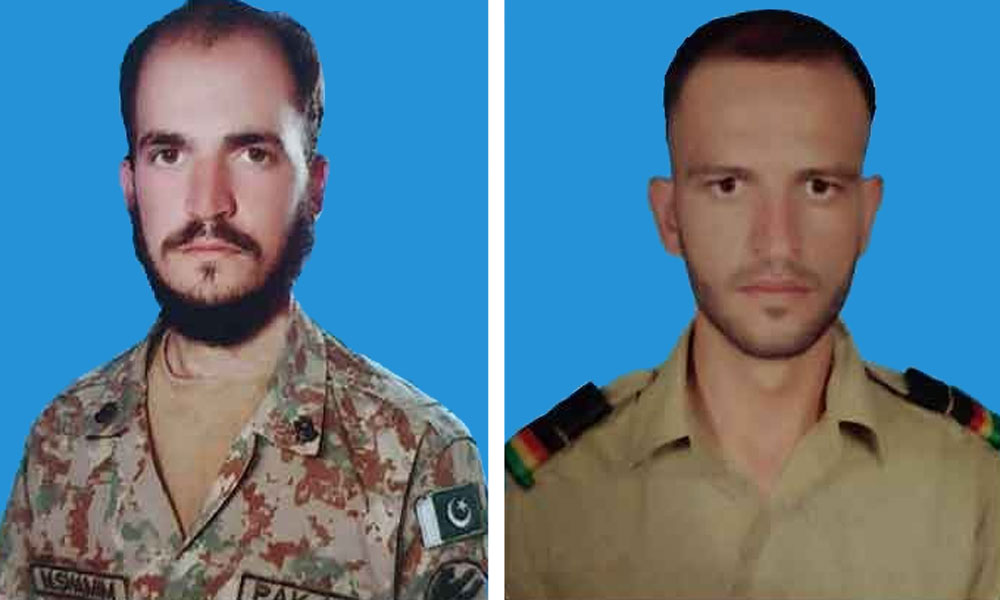 ISPR says two Pakistani army soldiers, Muhammad Shamim and Asad Khan, were martyred in exchange of firing with terrorists. The ISPR also reported that security forces have launched a confidential operation on the terrorists’ hideout in Datta Khel.