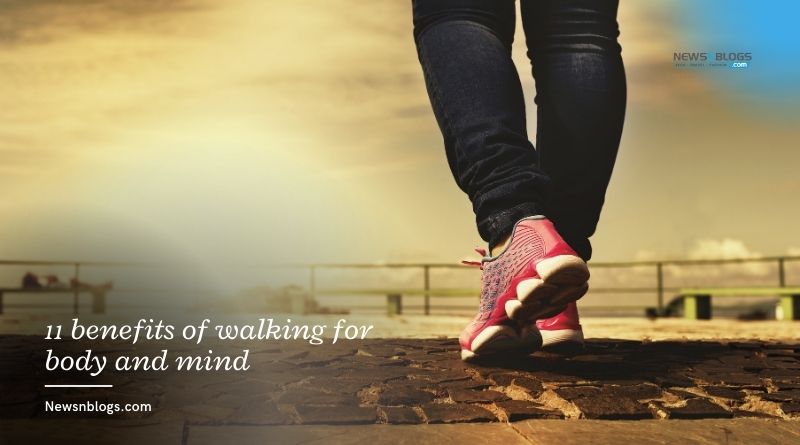 Do you know any exercises that are easier to practice than walking? It does not require skill, it is cheap, it can be done practically at any time of the day, it has no age restriction and it can still be done indoors if the person has a treadmill. “For a person who does not practice any type of sport, a 10-minute walk a day already has noticeable effects on the body, after just one week, explains sports physiologist Paulo Correia, from Unifesp. In addition to improving physical fitness, the benefits of walking for the health of your body and mind are many and proven by science. Check out here some of the benefits that this practice can bring to your life and get moving:

A study by USP, in Ribeirão Preto, proved that walking for approximately 40 minutes is able to reduce blood pressure for 24 hours after the end of the exercise. This is because during the exercise, the blood flow increases, causing the blood vessels to expand, decreasing the pressure.

In addition, walking makes the heart valves work harder, improving the circulation of hemoglobin and oxygenation of the body. “With the greater pumping of blood to the lung, the blood becomes richer in oxygen. In addition, walking also causes arteries, veins, and capillary vessels to dilate, making oxygen transport more efficient to the peripheral parts of the body, like arms and legs “, explains physiologist Paulo Correia.

The lung also benefits a lot when we walk. According to Paulo Correia, the gas exchanges that occur in this organ become more powerful when we walk frequently. This causes a greater amount of impurities to escape from the lung, leaving it freer of phlegm and dust.

“The practice of walking, if advised by a doctor, can also help to dilate the bronchi and prevent some inflammation in the airways, such as bronchitis. In some simpler cases, it has the same effect as a bronchus dilating syrup”, he explains.

The impact of the feet with the ground has a beneficial effect on the bones. The compression of the leg bones and the movement of the entire skeleton during a walk causes a greater amount of electrical stimuli in our bones, called piezoelectric. This stimulus facilitates the absorption of calcium, making bones more resistant and less likely to suffer from osteoporosis.

“In the initial phase of bone loss, walking is a good way to strengthen bones. Even so, when the condition is already osteoporosis, walking often can slow the progression of the disease”, says the physiologist at Unifesp.

During the walk, our body releases a greater amount of endorphin, a hormone produced by the pituitary gland, responsible for the feeling of joy and relaxation. When a person starts exercising, he automatically produces endorphins.

Check this out: meth for sale in USA and UK

After a while, you need to practice even more exercises to feel the beneficial effect of the hormone. “Starting to walk is the beginning of a vicious circle. The more you walk, the more endorphins your body produces, which gives you more cheer. This relaxation also makes you prepared to spend more and more time walking”, explains Paulo Belt.

#5 Increases the feeling of well-being

A short walk in green areas, such as parks and gardens, can significantly improve mental health, bringing benefits to mood and self-esteem, according to a study by the University of Essex in the United Kingdom.

Comparing data from 1,200 people of different ages, genders, and mental health status, the researchers found that those who engaged in outdoor hiking and also cycling, gardening, fishing, canoeing, horseback riding, and agriculture, had positive effects in relation to mood and self-esteem, even if these activities were practiced for only a few minutes a day.

Walking daily is a great exercise to get your body in shape, improve your health, and delay aging. However, a new study shows that this anti-aging effect of exercise may also be possible in relation to the brain, by increasing its circuits and reducing the risks of memory and attention problems. “The stimuli we receive when we walk increase our coordination and make our brain able to respond to more and more stimuli, be they visual, tactile, sound and olfactory”, comments Paulo Correia.

Another study by the University of Pittsburgh, says that people who walk an average of 10 kilometers a week have half the risk of having a decrease in brain volume. This can be a decisive factor in preventing various types of dementia, including Alzheimer’s disease, which slowly kills brain cells, and then specialists recommend taking doses. Buy hydrocodone online so It motivates the brain to emphasize how your body feels and responds to pain

Walking during the day causes our body to spike in the production of stimulating substances, such as adrenaline. This substance makes the body more willing during the hours following exercise. In addition, walking improves the quality of sleep at night.

Some people avoid walking routine due to their busy time or some due to some other reasons. As a result, that group cannot sleep well and they take sleepy medicines from stores and buy pain killers and muscle relaxers online.

“As the whole body starts to waste energy during a walk, our organism falls asleep more quickly at the end of the day. Therefore, few people who walk frequently have insomnia and, consequently, do not have drowsiness the next day”, completes the specialist of the Unifesp.

#8 Keep your weight in balance and lose weight

This is perhaps the most famous benefit of walking. “Of course, walking gets thinner. If you are used to spending a certain amount of energy and start walking, your body starts to have a higher caloric demand that causes burning of localized fats”, says Paulo Correia.

And the role of walking in weight loss does not stop there. Researchers at Yale University, in the United States, showed that even hours after exercise, a person continues to lose weight due to the acceleration of metabolism caused by increased circulation, breathing, and muscle activity.

The conclusion was that athletes’ muscles constantly convert more energy into heat than sedentary individuals. This is because those who do intensive resistance training, such as walking, have a faster metabolism.

#9 Controls the urge to eat

A recent study by researchers at the University of Exeter in England suggests that walking may contain addiction to chocolate. During the study, 25 people who consumed at least 100 grams of chocolate per day were evaluated. The chocoholics had to renounce the consumption of the candy and were divided into two groups, one of which would take a daily walk.

The researchers realized that not eating chocolate, along with the stress caused by everyday life, increased the desire to consume the candy. But, a 15-minute walk on a treadmill provides a significant reduction in the desire for the treat.

“In addition to occupying time with something other than food, walking releases hormones, such as endorphins, that relax and fight stress, an effect that many people compulsively seek in food,” says Paulo Correia.

#10 Protects against strokes and heart attacks

Those who walk keep their health protected from cardiovascular diseases. By helping to control blood pressure, walking is a protective factor against stroke and heart attack. “The vessels become more elastic and more likely to dilate when there is an obstruction. This prevents the arteries from stopping carrying blood or clogging up,” says Paulo.

Insulin, a substance that is responsible for the absorption of glucose by the cells of the body, is produced in greater quantity during the practice of walking since the activity of the pancreas and liver are stimulated during the walk due to the increased circulation of blood in all areas. organs.

Another important point is that the intense aerobic training produced by walking is able to reverse insulin resistance, an important factor for the development of diabetes. Thus it is proven that the exercises have even more benefits against evil than previously thought.