Each year we see an abundance of evolutionary innovations in the arena of technology. And judging by the velocity of this software progression, the foreseeable future is bedazzling and promising. Although the pandemic struck 2020 hard and took the world by surprise, yet technology did blossom, however, slow the process be. And the ray of hope shines brighter as we enter 2021. Being locked inside made the globe praise the boon of digital. While counting our blessings, we also found new horizons of prosperity.

As we start this year, it comes with its own challenges and opportunities. The compulsion and enthusiasm to pioneer amidst tireless digital expansion presents the scope of revamping our practices in the software testing terrain.

We all agree with the surge in automation. It is being adopted not just by the software testing industry but many other realms. And why not? Automation is laced with capabilities and possibilities.

When automation is so adored by everyone, why not take a look at what 2021 has in store for it? This article brings to 10 predictions for automation for the year 2021. Go through them and be prepared to excel in whatever comes your way.

During the course of unit testing, including visual verification upgrades the user interface. Rather than just attending to unit tests when they alert about code failures, incorporating visual AI with conventional unit testing, work towards verifying visual components and simulations, validating the source code, and determining page checks. Experienced developers can themselves perceive and ponder upon the code while fabricating it.

Just writing it carefully alongside working out the logical outcome, or effect on the final outcome for each line will help catch bugs right at the check-in. This greatly helps towards concatenating pieces of code together. Employing an observational system for pragmatic inspection can examine these complex issues across multiple browsers, with just a solo code run.

Automation is being celebrated everywhere. A survey by InfoWorld (an information technology, media, and business-related monthly magazine) discovered that 88% of those organizations that automate more than 50% of their tests undergo swifter test cycles, 71% of automation favouring companies improvised their test coverage, and 68% detected bugs on time.

The increasing number of dev teams adopting automation indicates its dominance and spread. The App Developer Magazine’s report shows the two-year growth of test automation to be 85%. The organization’s not routing for automation may fall behind in the long run as classic testing schedules will delay the deployment along with doing a lousy bug-catching job.

Advanced troupes deliver robust functionalities coupled with user-friendliness and that too, by or before deadline. Automation clearly emerges as a clever choice.

With so many extraordinary open-source tools to assist within reach, automation has also become easier to fathom. Portable frameworks like Selenium aid write functional tests without even needing to learn a bunch of scripting languages. And it can run on all modern browsers. Get started with LambdaTest to run all your Selenium test automation scripts. Check out LambdaTest’s online selenium grid of desktop, Android and iOS mobile browsers and develop your tests in an easy peasy way.

4: The arrival of Selenium 4

Selenium, the openly accessible test automation framework, has come up with Selenium 4. With loads of added functionalities and a shift to WebSocket protocol, this version revamps the whole grid architecture. This will make automating unit tests way simpler and thus, the expectations for even better releases and updates are going to increase. Selenium 4 is blended with Opentelemetry.

This bestows the power of observability to Selenium 4 making it capable of implementing tracing and event logs. This helps in determining the life cycle and status of any request in a vast multi-node network and clarifies the identification of any potential bottlenecks.

Increasing demand for automation means an increase in cloud dependency. Cloud-hosted, web and mobile application automated testing are not only going to stay the course in 2021 but there’s going to be a major rise in cloud spending as well. According to Gartner, the world’s leading research and advisory company, we can see a whopping 18% increment in cloud investment by organizations.

All this is because of the adaptation of virtual jobs. Embracing the Cloud facilitates teamwork even if the squad is scattered around different locations. The more we rely on the cloud, the more it is going to grow which will, in turn, enable the agile culture. Utilizing the cloud flawlessly requires cloud-native test tools. Like the LambdaTest. A master tool for cross-browser testing via the cloud. No need for an expensive setup.

Just register with LambdaTest and enjoy access to over 2000 browsers and OS and check your web product’s rendition against Mac, Windows, Android, iOS, and their other versions. Have the power of both manual and automation testing to take your testing game to the next level.

Having a free-standing QA team delays the whole deployment process. Instead, development methodologies where the Dev Teams tests too and this creates a whole integrated production environment. Together the Dev Team and the QA teams will build a coherent system that will handle the bugs along the development process.

7: The phasing out of Java

Java had its share of stardom for a long while. However, the changing times have found the successors of Java too. Now it’s time for Python and JavaScript. The GitHub Octoverse survey ranks Python on number 2 in the list of popular coding languages of 2020. As for JavaScript, it needs no evidence to say it is topping the charts.

The pandemic has changed the course of action of all organizations. To encourage and simplify the work from home along with managing increased work pressure, industries have adopted hyperautomation. Coined in 2019, the term hyperautomation refers to the process of utilising Artificial Intelligence (AI), Machine Learning (ML), and Robotic Process Automation (RPA), to free humans from repetitive and low-value tasks. Hyperautomation involves a high-powered assemblage of digital technologies to employ automation at speed. This “intelligent process automation” doesn’t depend on just one single tool, thus unlocking maximum potential. This type of sophisticated execution enables organizations to launch their products quickly in the market while cutting down on operational costs as well.

9: Establishing digital comfort for all

The dependence on technology is increasing day by day. Hence making accessibility testing all the more important. Accessibility testing is the practice of analyzing whether the software under consideration is easily usable by people with visual impairment, hearing disabilities, and other physical or cognitive conditions. The upcoming times will see enterprises more eagerly investing in accessibility testing for developing an all-around user experience and enhancing brand recognition.

This mature automation trend is all about the mingling of automation platforms and vendors. It is based on the belief that every vendor has its own forte. Some platforms or vendors may be accustomed to handling low to medium complexity use cases, while others might be more suitable for the hyper-complex ones. That’s why it is best to resort to a multi-platform methodology wherein any vendor is allotted a particular use case depending upon its specialization.

Of course, the traditional tactics are the anchors of the software testing process. However, to win the race, pacing with time is vital. The speculations stated above anticipate the upcoming flow of the testing industry. Keeping an eye for these kinds of follow-ups would be a great help for you to make wise decisions every time. 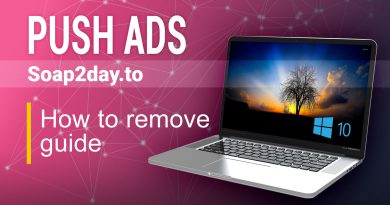 Soap2Day Elimination – How exactly to Eliminate Soap2Day From Your Computer 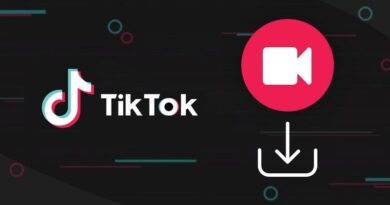 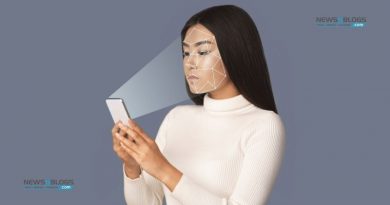 Why ID Verification Is Needed To Verify The Identity Of The Customers?