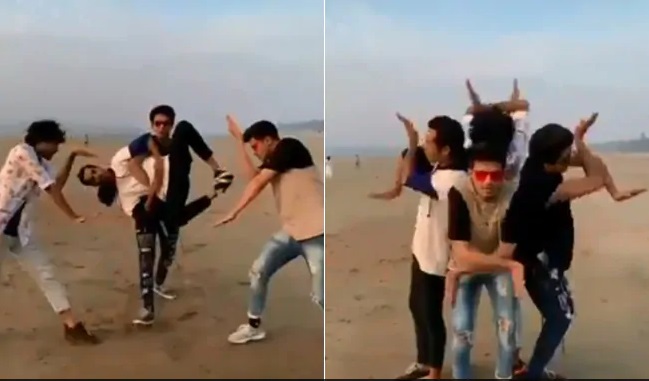 Often unique videos on social media are viral in which people are showing off their unique abilities. Last day on Twitter a video of a dance video that has surprised everyone and people like the video very much.

Two days ago on social networking site Twitter, a Twitter user named Prabhasini shared a video in which a group of four boys were dancing on a Bollywood song ‘Mukabla”.

I bet u will watch it again and again after watching the last frame! pic.twitter.com/53jCcUA8pH

This video of the four boys being viral on social media is their dance skill, which has put every viewer in a clutter of how these guys are dancing. Prabhasini wrote in video caption that I bet u will watch it again and again after watching the last frame!. Video is getting so much love and appreciation.