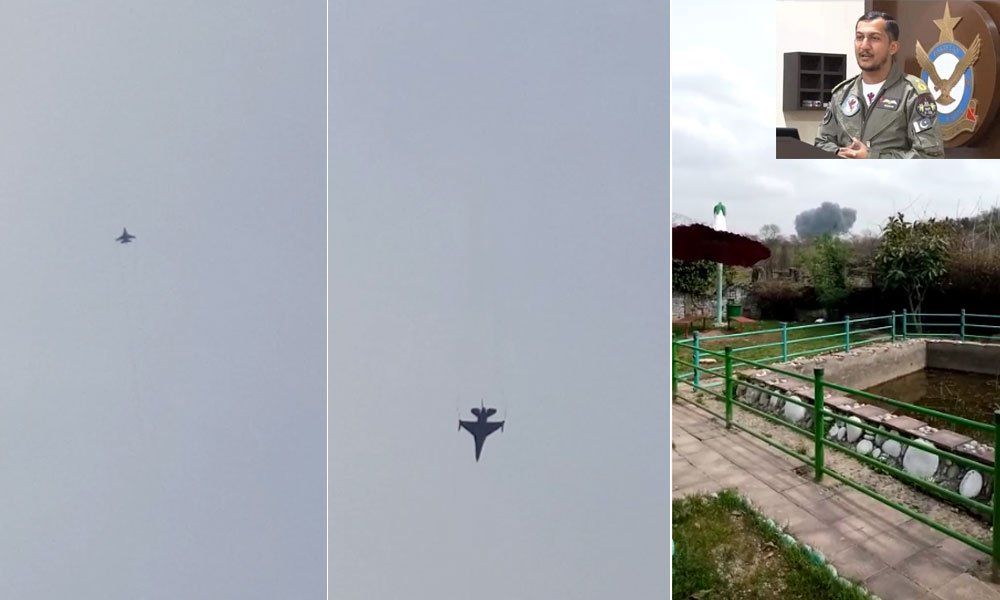 According to the spokesman of Pak Air Force, wing commander Nauman Akram was martyred in the accident while Air Headquarters has constituted a high-level board to find out the cause of the incident. Rescue teams have been dispatched to the scene of the accident, the aircraft fell into the jungle, away from the population, causing the fire to intensify. Police say the scene of the crash was surrounded by security agencies.