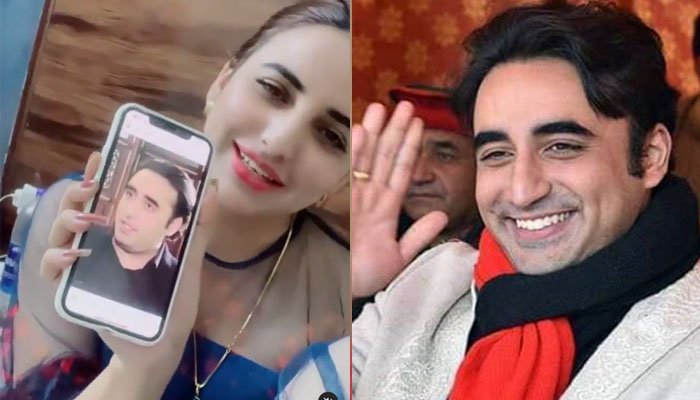 In the video, Hareem Shah shows a picture of Bilawal Bhutto on her mobile phone while lip-syncing the song and expresses her love, but Hareem Shah refrained from commenting on it.

It should be kept in mind that Hareem Shah talks about political personalities and becomes an adornment of news every day.

Earlier, she had said that Interior Minister Sheikh Rashid was like her brothers, while in an interview she had said that Chairman Pakistan Peoples Party Bilawal Bhutto Zardari was his favorite political figure.