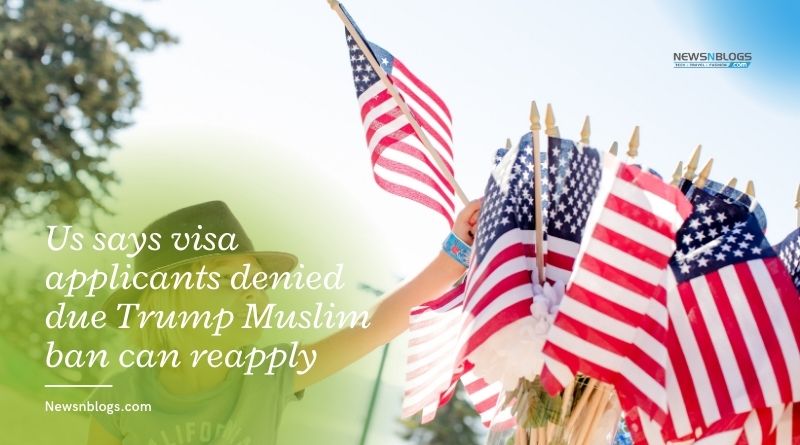 According to the US State Department, individuals from 13 Muslim countries who were denied a US visa before January 20, 2020, can reapply with a new application and visa fee.

According to the US State Department, citizens of Muslim and African countries were denied US visas on the basis of travel bans imposed by former President Donald Trump. They can submit the application to review the decision or can apply for a new visa.

On January 20, 2021, the first day after the new US president Joe Biden took office, former President Trump lifted the travel ban on citizens of Muslim countries to the United States. And the former president’s move was called a blot on America’s national conscience.

According to a US State Department spokesman, those selected under the Diversity Visa Lottery before the current fiscal year will not be granted a visa under US law if they have not already received a visa.

Side Note: If you are interested in reading about the latest news from the USA you can visit the961.com

According to US State Department records, the visa lottery accepts immigrants from countries that are not generally issued a large number of US visas.

Earlier, the US Supreme Court upheld a revised travel ban that barred about 40,000 people from entering the United States since December 2017. The Trump administration added some countries to the list while removing others. By the end of President Trump’s presidency, the list included Myanmar, Eritrea, Iran, Kyrgyzstan, Libya, Nigeria, North Korea, Somalia, Sudan, Syria, Tanzania, Venezuela, and Yemen.