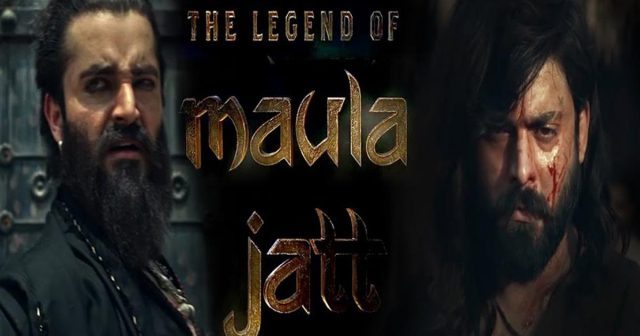 The wait for the Pakistani movie lovers has ended as the release date of ‘The Legend of Maula Jatt’ has been announced.

Fans have been eagerly awaiting the film’s release since the first trailer for The Legend of Maula Jatt was released, and the presence of Fawad Khan and Hamza Abbasi in the movie’s trailer further fueled the curiosity of the film.

The Legend of Maula Jatt will be the ornament of all cinemas in the country on the occasion of Eid-ul-Fitr. The film’s directors are Bilal Lashari while the actors include big names like Fawad Khan, Hamza Abbasi, Mahira Khan, Hamima Malik, and Gohar Rasheed.

Apart from this, Farash Shafi, Shafqat Cheema, and Nair Ejaz also played important roles in the film. The Legend of Maula Jatt is the largest film in Pakistani history in terms of budget, produced under the banner of Encyclopedia and Lashari films. The film producer is Amara Hikmat, the film’s director is Bilal Lashari and the script is written by Nasir Adeeb.

In this film, the leading television pair Fawad Khan and Mahira Khan will once again appear in romance roles after 2011’s famous drama Humsafar.