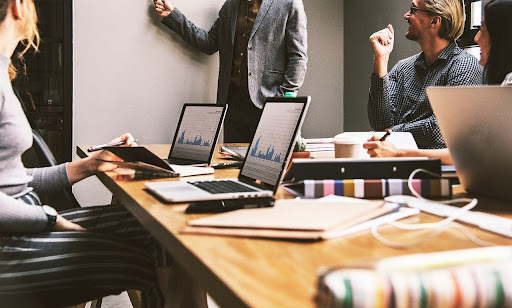 The Orbi mesh WiFi system is one of the most successful networking devices in the market. It has managed to take place in the heart of users due to its tempting features and ability to blanket the dead zones of the home with a flawless internet. But, even the best-performing machinery can become a pain in the head if it falls victim to any issue. And, Netgear Orbi mesh WiFi is not different. Some users have raised a complaint that their satellite is not syncing with their Orbi router. If you also have the same story to worry about, then this post will end your misery.

So, read on to know the troubleshooting hacks to fix the ‘Satellite not syncing to Orbi router’ issue.

Before you do anything else, make sure that you have pressed the Sync button on your Orbi router and the satellite. If doing so bears no fruit, don’t wait to implement the following hacks:

Whether you’re facing the Orbi purple light issue or any other problem with your mesh WiFi system, power cycling should be the first step to resolve the issue. Want to know why? Because power cycling involves the process of switching off the device and turning it on again. So, when your device is in rest mode, technical glitches settle down, and the Orbi system returns to the normal working state.

Read the following in order to power cycle your Orbi mesh WiFi system:

Now, check if your Orbi satellite is syncing with the router or not. If it is, then you’ve got success in resolving the issue. If the story is different, worry not. We have more troubleshooting hacks on our list.

Perhaps, you have placed your Orbi router and the satellite at two different corners of your house due to which there is no sync between them. Well, it is time to rectify the mistake. Make sure that the Orbi satellite is placed at the same location as your router.

Placing the Orbi devices at the same space allows them to communicate effectively. And, who knows it’ll bring you luck?

So, you brought the Orbi satellite close to the router. But, have you placed them in the WiFi interference-free zone?  Probably not. Devices and objects like microwaves, cordless phones, televisions, mirrors, fish tanks, treadmills, refrigerators, Bluetooth gadgets, etc. are the major cause of WiFi interference. Thus, keep them away from your Netgear Orbi router and satellite.

Apart from that, don’t place your Orbi router near a concrete wall as construction materials tend to interrupt the propagation of WiFi signals.

How often do you check for updates on your mobile phone? Probably, once in a fortnight or whenever it starts behaving weirdly. Well, this is what you need to do with the Orbi router too. Without any delay, update the firmware of your Orbi router.

To update your Orbi, you need to download the firmware file, access the Netgear Orbi login page, and upload it on the Firmware Update page. Your Netgear Orbi router will get updated as well as relieved from minor bugs.

Lastly, if you are still out of luck, then chances are that your hardware is not configured properly. It looks like you missed an important step while configuring your Netgear Orbi device. So, to get the issue fixed at hand, you need to set up the hardware again. Prior to that, reset your Orbi device.

The Orbi router can be restored to the factory default mode by pressing the Reset button using the sharp object. Once you wipe out all the settings from your Orbi router, you can set it up from scratch by accessing orbilogin.com. This time you’ll definitely get lucky.

Satellite not syncing to the Orbi router is a common issue that Netgear users come across. However, it can be easily fixed by implementing the above-mentioned hacks. Thanks for reading the article.