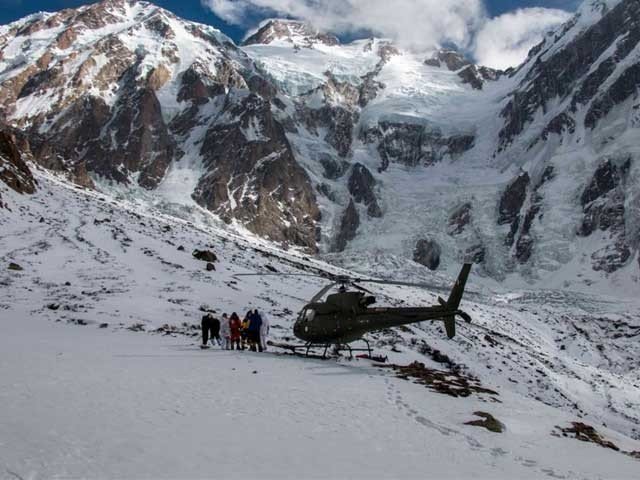 The Pak army has rescued 2 foreign mountain climbers from the Baltoro Glacier trying to cross the 12th tallest mountain broadcasts in the world at 8074 meters high. They fell ill during their expedition. Army aviation pilots took part in the rescue operation.

The climbers rescued include a woman and a man. The male climber Donald Allen Poe is from the United States while the female climber Lutahenrica is from Finland.