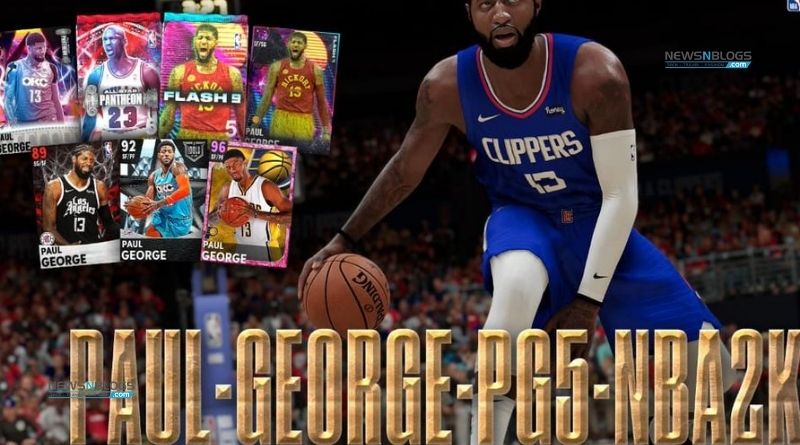 For a limited time, a set of NBA 2K21 MyTeam Locker Codes is currently available, providing gamers with the opportunity to obtain some highly rated products or added material for their squads.

Among them is a code that has the potential to grant many gamers access to free Glitched Packs, the most recent content to be offered on MyTeam’s Market. On Friday, 2K also published a special Paul George code, which allows gamers to have access to one of his finest cards in the game, as well as other goods. Here is the most up-to-date information about the codes and MyTeam swag.

On Friday, June 18, NBA 2K21 MyTeam users were given the chance to purchase brand new Glitched Packs. There are five new Dark Matter cards available in these packs, as well as a guaranteed Glitched or Invincible player item in each box. The point guards Lonzo and LaMelo Ball, the power forward Dwight Howard, and the superstar LeBron James are all represented by new Dark Matter cards. There are a total of 12 player cards available in the packs, with the lowest-rated cards scoring a total of 96 points on the overall rating scale.

The complete list of Glitched Packs players is as follows:

Glitched and Invincible cards can be found in standard packs for 11,250 VC or 10,500 NBA 2K21 MT, but there is no guarantee that you will get one. At the Market, Deluxe packs will cost 15,000 VC or 17,250 MT and include a guaranteed Glitched or Invincible item as well as other bonuses. In addition, there are boxes for 135,000 VC that include ten packs of cards.

Glitched Packs are available as a free prize when you redeem one of the NBA 2K21 MyTeam Locker Codes in combination with the new packs that have been published. In order to be eligible for one of the packs, players must input the code “GLITCHED-LAMELO-AND-LONZO” at the MyTeam Extras/Locker Codes screen on their Xbox 360 console.

In addition, the code above you a chance to win three MyTeam Tokens or a Badges Pack. The free Glitched Pack is also not indicated as to whether it is of the Standard or Deluxe sort, but free is always a good thing.

These are also limited-time offerings, just like the rest of the site’s content. The Glitched Packs and the aforementioned locker code will only be accessible for a week, with the official expiration date set for Friday, June 25, 2021.

Throughout his NBA career, Paul George has developed into a star in Indiana and a candidate for the NBA’s Most Valuable Player award. His next stop would be with the Oklahoma City Thunder, where he would share the court alongside Russell Westbrook and Carmelo Anthony for a limited period of time. Now, he’s a part of the Los Angeles Clippers’ All-Great team, where he’ll be paired with NBA star Kawhi Leonard.

PG13 is on the hunt for his first NBA championship, and he’s aiming to do so in his hometown of Los Angeles. Players had a chance to uncover one of his top-rated cards through one of the new NBA 2K21 MyTeam Locker Codes, which were released on Friday.

During MyTeam mode, the code is entered in the Extras/Locker Codes section of the Settings screens, which is labeled “PAUL-GEORGE-PS5-NBA2K.” In addition to PlayStation 5 users, this code can also be entered on other platforms, including current-generation systems and game consoles. With the code shown above, there is a wide range of possible outcomes that someone could achieve.

Included in this are his 92 OVR Idols VIP, 96 OVR Retro 2K, 97 OVR Pantheon All-Star, and 99 OVR Flash 9 cards, as well as his 92 OVR Idols VIP. Everything is dependent on where the ball lands on the pinball machine’s playing field. A variety of additional rewards, such as NBA 2K MT and Tokens, are possible as the ball drops and hits certain things.