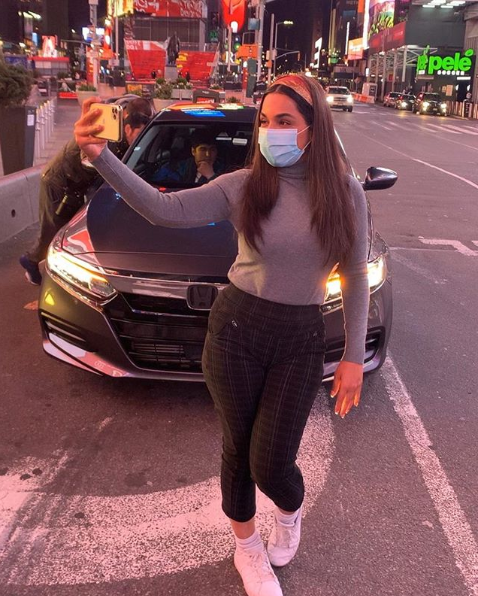 Pakistani film star Meera, who is in the United States, started reporting on Corona’s situation in New York in her ‘specific’ English. Another video of Lollywood drama Queen Meera has surfaced in which she says that she is currently in Manhattan Time Square, New York.

In her typical English, Meera says that she is telling you the latest situation in New York.

The actress says that the world’s largest city is currently sleeping due to Corona, so be careful and do not leave your room. However, Meera advising people to stay in the home but, she herself was wandering on streets of New York.

Read Also: Actress Meera Injured in Traffic accident in the US

The biggest city in the world New York sleeping Manhattan is sleeping because of COVID-19#newyorkcity #newyorker current situation current picture date 29 April April 2020 today I visited Manhattan came out from my room after three weeks I went there in my car I parked the car for five minutes I make video and picture and Came back to my room my hotel room .