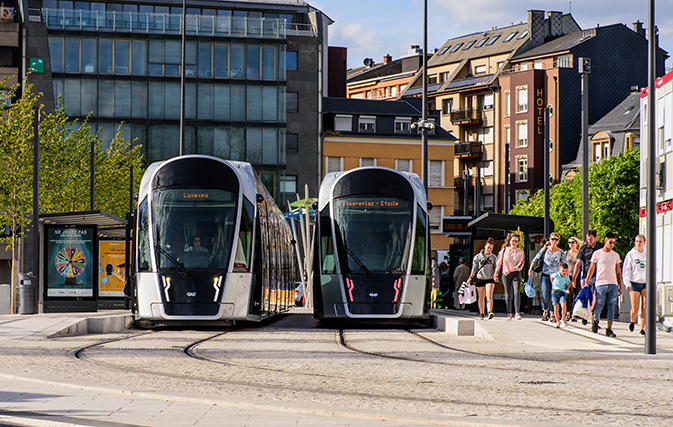 Luxembourg is the only country in the world that has freed trains and buses for the convenience of the public next year. According to a foreign news agency report, the smaller European country wants to set a precedent for Luxembourg traffic around the world, for which the authorities of this country completed the bus and train travel in some parts of that country from January 1, 2020. It will be made free of charge.

The transportation will be made free by the Luxembourg government in the first 61 days of the new year, after which it will become the first country in the world by March 1, 2020, where travel services will be provided free of charge. According to a government statement, only first-class passengers on the train will have to buy tickets.

The foreign news agency said that all machines selling tickets would be shut down and new duties would be assigned to the ticket checking staff. The Prime Minister of Luxembourg said that the move would not only increase the global reputation of Luxembourg but also the tourists visiting the country.

The Luxembourg Ministry of Transport said that because of the free travel of buses and trains, not all carriers will start traveling on trains and buses, but this is still part of their strategy to get people to leave the car. Be compelled to provide free travel facilities. According to the foreign news agency, parking spaces for cars and bicycles will be doubled in Luxembourg by 2025; vehicles are operated with 200,000 empty seats daily in Luxembourg.

According to media reports, many employees travel alone in a car, and the government wants to reduce the number of such passenger passengers by 200 percent to 40 percent. According to a foreign news agency, more new routes will be created for bicycles up to eleven hundred kilometers so people can travel on bicycles.